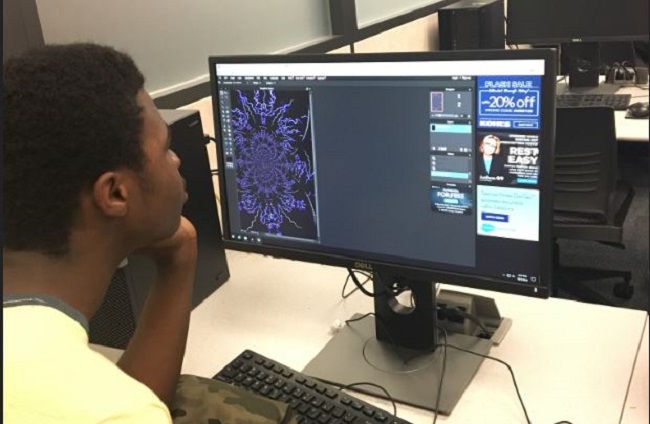 During the first few weeks of our Digital Humanities Club, most of the students have concentrated on graphic design. They've mostly worked on coloring various images. However, there's been one exception.

One of the students, Tyreese, has been producing somewhat abstract images. At least, he's been playing around with editing functions so that he significantly alters the initial images.


I asked him about what he was up to, and he said that he was interested in trying to represent the disintegrations from the end of Avengers: Infinity War. From that perspective, his images might not be that abstract. Within a certain context, the images have a clear-cut point of reference. As a nod to the film, I noticed that Tyreese had titled the piece "Thanos," the villain from movie.