Street Lit as an economic backbone of African American Lit.: A data project 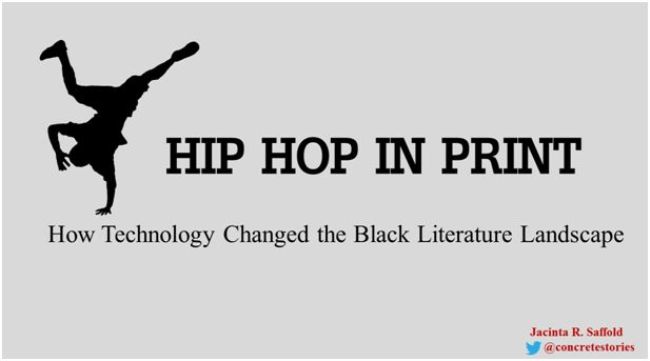 At the 2018 College Language Association (CLA) conference, I presented findings from my Essence Bestsellers digital humanities project. I generated a dataset from the fiction bestsellers list published in Essence from 1994 through 2007 as an attempt to validate the following argument: Street Lit*, despite controversy of appropriateness, was the economic backbone of African American literature at the turn of the new millennium.

My original research plan was to use book sales data collected from publishers and big box retailers to compare the economic heft and dexterity of the highest selling Street Lit novels to more academically accepted African American literature. The purpose was to put authors like Sister Souljah and her debut novel, The Coldest Winter Ever in conversation with widely lauded authors like Toni Morrison as a personal act of resistance to the boundaries that keep “canonical” African American literature separate from the inconvenient stories of urban peril and blackness in Street Lit.

However, most Street lit books were often independently produced and sold and therefore were not funneled through major clearing houses that kept meticulous sales records. Without having complete and reliable sales data, I shifted my focus to the comparative data provided within the monthly hardcover and paperback fiction ranked lists in Essence by digitizing the list using software that would allow me to disaggregate the data.

The dataset revealed interesting narratives about how Street Lit books have been packaged and sold. Sister Souljah’s The Coldest Winter Ever for example, was the longest running title on the fiction paperback chart—appearing a total of thirty-six times or the equivalent of three years and was consecutively listed for twenty-nine months. The book retailed at 35% lower than the average fiction paperback on the list in 2000 (the year of its publication). The Coldest Winter Ever demonstrated that hardcover books with sticker prices of $20 and up were extremely hard to sell to a Street Lit and Hip-Hop demographic. Portable and cheap pulp books that averaged between $5 and $12 flew off the shelves of independent bookstores alternatively.

As African American literature production progresses through the twenty-first century and we enter a new phase replete with born digital publishing, robust social media, and declining casual readers, the field is once again being called to find innovative avenues to not only to subsist in American popular culture but to also prosper. And it is our job as researchers to find the tools necessary to answer the tough questions and chart Black literature’s history in the best ways we know how.

----
Note:
* Street Lit is a contemporary popular African American literature genre that began in the early 1990s with the technological advances in home computing and personal printing as a creative response to the harsh realities of urban living in America and is a cultural cousin to Hip Hop.