Slavery references in rap: an exhibit 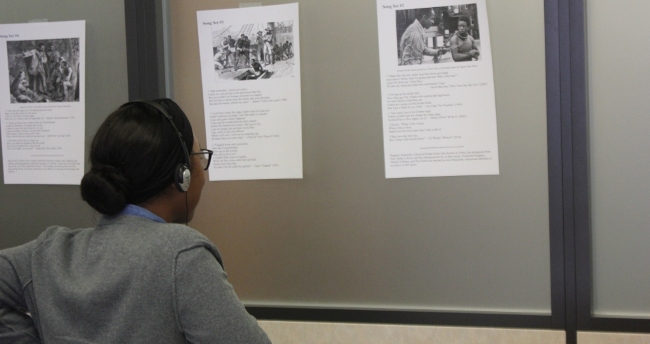 On Tuesday, February 15, I coordinated an exhibit on rap and slavery references. The exhibit was the outgrowth of an article "I Own My Own Masters": Rap Music and Slavery References," that I co-wrote with Jeremiah Carter on the subject.

Students took a look at various rap lyrics that referenced slavery, like this:


But remember - you're not a slave
Cause we was put here to be much more than that
But we couldn't see because our mind was trapped
But I'm here to break away the chains, take away the pains
Remake the brains, rebuild my name. —Rakim “Follow the Leader” (1988)


I’ve been having visions of Nat Turner holding his master’s head
Like Yorick and Horatio in Hamlet
Smacking it like a tennis racket, underhanded
Send a message through the Gram: 'The Eagle has landed'  –Black Thought

And all of these.