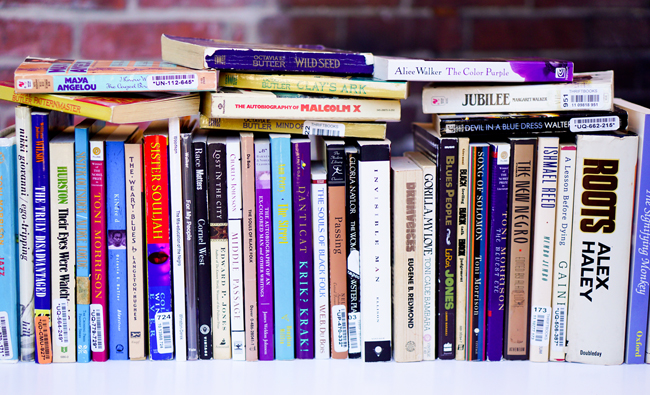 A few years back, in the African American literature classes for first-year students I teach, I would pretend to become momentarily forgetful about something. In the middle of making comments on various subjects, I'd interrupt myself and go, "ohh, what's the name of that book, really important book, that deals with black folks and jail? I can't remember the name and author. Everybody has read it. Uhh...it's....uhhh?"

Without fail, a young black man in the class would raise his hand and go, "You mean The New Jim Crow, right?"

And another young brother would add, "by Michelle Alexander."

I conducted this mini-experiment several times for a few years. I was intrigued that subsequent classes of young black men -- a population whom colleagues and university officials continually express sincere concerns about related to graduation and retention rates -- would always know Alexander's book. I'd follow up and ask them how they became familiar with Alexander's The New Jim Crow, and those young black men always gave the same answer: "my dad."

Look, when and if we took a more active approach to considering black students in African American literary studies, my guess is that we would hear more about the positive role of black fathers in the intellectual development of their children. (For the devil's advocates out there, yes, I realize there are some bad black fathers out there. I'm also fully aware of good black mothers as well as good white and Asian parents and so forth. This blog entry isn't about them).

"Oh, your dad told you about The New Jim Crow," I'd say to the guys pointing out that common source. They'd respond with a narrative that included a line about how "my father reads books like that, and would talk to me about'em." Over the years, I've heard and thought about many of these black fathers--relatively few of whom hold college degrees. I've thought about them reading books like that, and I began to imagine a section or special collection of a library. "You've read The New Jim Crow," librarians would say when you entered this imagined space, "well, you should go check out our special collection over there. It has other books like that."

It's not just the guys who inform me about how their fathers and their special collections influenced them. In the rap classes I teach, I often encounter young black women who are especially well-versed on rap music. When I ask them questions about how they first began learning so much about music, they usually identify their fathers.

Those young women and black men in the classes with expanded knowledge of rap will cite their dads, and in the narratives they share, they feel obligated to add something along the lines of, "and it's not just rap. He listens to all kinds of other music too."

Who are these rap-listening, The New Jim Crow-reading black men who've bestowed their children with a special consciousness on a variety of musics and books? Are they aware of how important their special collections are to the intellectual development of their sons and daughters? And who would those black fathers cite as sources of their knowledge?

Related:
• A Notebook on Collegiate Students
Posted by H. Rambsy at 7:33 AM