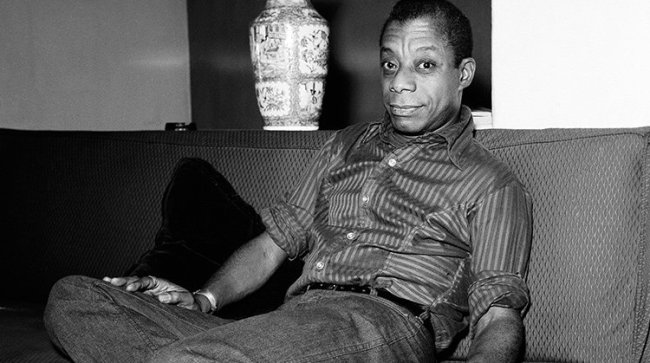 During the month of December, I am leading a three-part class on writer and social critic James Baldwin at the Dallas Institute for Humanities. The course, “A Different Perspective: Reading James Baldwin in the Digital Age,” will draw on various online data sources to situate Baldwin’s life and works within a larger continuum of African American literary history.

With the renewed attention on Baldwin, this course will use quantitative data and geographic coordinates to explore the literary imagination of the late writer. The course will explore the writer from three different dimensions: as an essayist, a short fiction writer, and “Baldwin online.” The interactive, discussion-based course will provide context in that helps explain the emergence of Baldwin during the 1950s and his impact on African American social thought.

In the December 6th course, “Who Is James Baldwin?” class participants will explore Baldwin’s childhood and coming-of-age in New York. We will focus on two essays, “Everybody’s Protest Novel” (1949). and “The Fire Next Time” (1963). in order to better understand what Baldwin’s was articulating for as a social critic.


• Even though Baldwin has written across many genres, perhaps he is best known for his numerous essays. We will use Google Scholar to track the citation rates of his seminal works, and use this information to rank his fiction and essays alongside writers ranging from Richard Wright to Toni Morrison.

In the December 13th course, “James Baldwin the Fiction Writer,” we will discuss Baldwin’s contributions to African American fiction by focusing on two short stories, “Sonny’s Blues” (1957). and “Going to Meet the Man” (1965). We will use Text Mining in order to perform a distant read and analyze the characteristics of the late writer’s short fiction.


• Distant reading attempts to uncover the patterns and unspoken rules behind literature from a very technical perspective. Where close reading relies on subjective analysis of what a single piece of literature means, distant reading compiles objective data about a work from a broad/far off perspective.

In the final class, “Baldwin online,” on December 20, we will explore ways that scholars and general web-users have re-presented the writer on in the digital age. We'll read Baldwin's "The New Lost Generation" (1961) and take a look at Baldwin and mapping software as well as Baldwin's presence on YouTube.


• We will use the visual archive “Baldwin’s Paris” created by Tyechia Lynn Thompson. The map plots points around Paris that Baldwin mentions in his writing. Ultimately, this map helps us to reimagine Baldwin’s time in Paris and how it may have shaped his literary imagination.

Thanks again for coming to the Dallas Institute to lead us through a study of James Baldwin. Giving us the context for some of his penetrating quotes helps me understand and appreciate him all the more.

The data-driven approach to a literary canon is new to me and seems "fraught," due to its apparent assumption that value can be reduced to numbers. (Perhaps you see this differently?) Our society is fascinated with measurement, and while numbers do tell us something, they cannot tell us the value of a work of literary art. At best, what you cited gives us the value that a narrow, tiny fraction of us who are literary critics place on these works. At the same time, the Western canon of "Classics" I have grown up with needs reviewing and expanding, given that it was limited to "dead white males."

The quote I chose had to with "complexity," which he found fatally lacking in Stowe's book. What he fails to recognize, though, is that complexity always lives in tension with its opposite, "simplicity." Stowe's book is a simple, prophetic work, not to be confused with "great" art, profound philosophical inquiry, or rhetorical excellence. All of these are needed in the public square, and I don't think it's fair to judge Stowe's work and her motives by his "one and only one" criterion.

Looking forward to the rest of the course,
Gary Looper