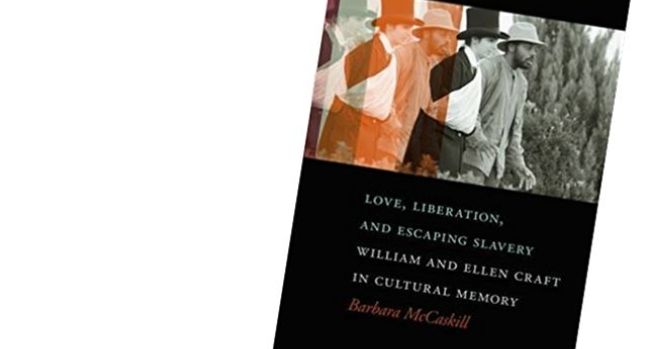 I've listened to a large number of podcast episodes over the last few years. During that time, I have rarely or ever come across a discussion by a literary scholar. That changed recently, though, when I listened to "In Plain Sight" from the popular podcast Criminal, hosted by Phoebe Judge.

The episode focused on the courageous fugitive slaves Ellen and William Craft. The content of the episode rests on information delivered by scholar Barbara McCaskill, who has done extensive research on the Craft's and African American literature in general. In addition to drawing on Ellen and William Craft's Running a Thousand Miles for Freedom (1860), McCaskill's research presented in her book Love, Liberation, and Escaping Slavery: William and Ellen Craft in Cultural Memory (2015), was a key source of information for the episode, which first aired on January 20, 2017.

Literary scholars often present materials in what has become a pervasive, conventional mode. We cite various scholars and "provide" "countless" "quotations" and (parenthetical) cations. For the episode of Criminal however, McCaskill shares the saga of the Craft's through a time-honored approach: storytelling. Most of my favorite podcast episodes are steeped in storytelling, and background music and judicious editing are integral to the experience of the stories.

By the way, back in 2016, when Ta-Nehisi Coates and his wife were looking to discreetly purchase a home in New York, guess what names they chose to conceal their identities? "On the deed of a five-bedroom townhouse," reported Rachel Holliday Smith, Coates and his wife "named as agents for the holding company 'Ellen and William Craft Excursions LLC.'” The ghosts of those memorable fugitives remain with us.

I've listened to enough podcast interviews hosted by Phoebe Judge to know that she's skilled at creating the conditions and prompts for good storytelling to occur. In this case, McCaskill is primed to share. She's clearly knowledge about the lives and histories of the Craft's, and you can hear the joy and excitement in her voice as she's speaking. The history story she recounts has memorable central characters, mystery, drama and suspense, humor, and all kinds of intriguing details. I knew how the story ended going in, yet McCaskill kept me on edge.

Wouldn't it be something if we could get the work of more scholars of African American literature presented like this?
Posted by H. Rambsy at 6:35 PM