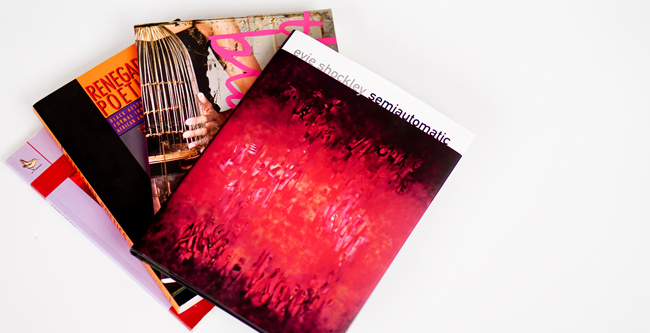 I've just started reading Evie Shockley's newest volume of poetry, semiautomatic. Reading her most recent work, of course, sent me back to her previous volumes a half-red sea (2006) and the new black (2011), and her scholarly book Renegade Poetics: Black Aesthetics and Formal Innovation in African. American Poetry (2011). I'm aware she's published chapbooks too, but I'm still working to get my hands on those.


There are a few connections between the artists Shockley selected and books by Elizabeth Alexander and Marilyn Nelson. For instance, Catlett's The Black Woman Speaks (1970) appears on the cover of Alexander's The Black Interior (2004). There's also a familial connection. Black Girl's Window (1969) by Betye Saar adorns the cover of Alexander's American Blue (2006). Betye Saar is the mother of Alison Saar.

Nelson's book The Freedom Business: Including a Narrative of the Life & Adventures of Venture, a Native of Africa (2008), is illustrated by Deborah Dancy. The cover of Nelson's Faster Than Light: New and Selected Poems, 1996-2011 (2012), also includes an image by Dancy.

There's an important visual quality to the interior of Shockley's books as well. She sometimes presents words all across the page. The physical dimensions of a half-red sea, the new black, and semiautomatic, which are wider than most volumes of poetry, ultimately support the expansive arrangement of Shockley's presentation of poems. 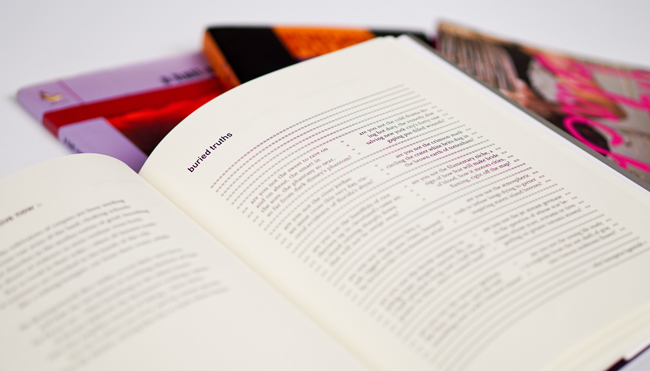 I've read enough of Shockley's works over the years to know that it'll take me a while to adequately grasp all the references and routes that comprise semiautomatic. I began reading the new black when it was published in 2011, and I still don't feel like I've fully absorbed everything. I suspect something similar will occur as read and reread this new book.

Further, I'm sure I'll be inclined to look for and pinpoint some of the connections between semiautomatic and Shockley's previous works. There's also the matter of thinking about how her poems here correspond to the writings of various other poets. Taking a look at Evie Shockley's books is always about these ongoing processes of looking and looking again.