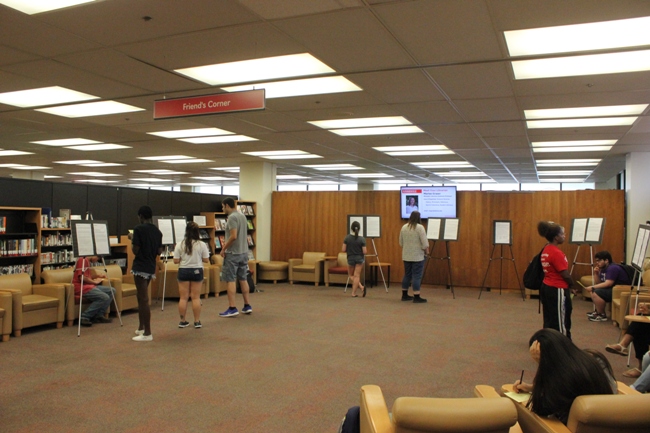 On Wednesday, September 20, for our Public Thinking Event, I organized an exhibit focusing on how universities respond to racial incidents on campus.

Every semester and sometimes on multiple occasions in a single semester, students become the target of racist slurs on college campuses across the country. In many cases, university officials and student groups compose responses to those incidents of racism. The responses appear in different contexts – as email messages to the entire campus, letters to the editor, letters to parents and alumni, and so forth. Some of the messages are short, and some are long. The letters are authored by administrators, faculty and staff, and student groups.

The responses sometimes generate additional responses. A group might praise or criticize administrators for their response time. Sometimes the responses are critiqued for being overly vague or for how they describe the initial racist act. Campus response letters to racist incidents are becoming more pervasive in part because of the presence of racist acts and the urging of communities for university officials to speak out against such acts.

The activity on Wednesday, was designed to encourage students to take note of the different ways officials and students respond through letters, and the students were also prompted to assess a variety of the responses.