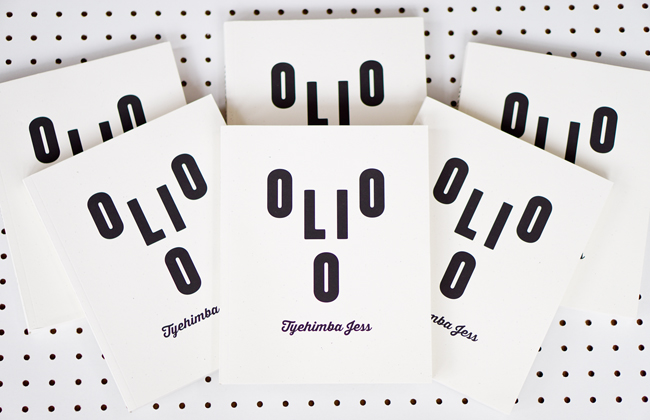 Listen, Tyehimba Jess isn't the first black poet to win a Pulitzer Prize. But, I'd say he's the first one who was previously immersed in spoken word or performance circles and then came to represent in the so-called "literary" or print-based side of poetry. Today's announcement that Jess's volume Olio won in the poetry category is a plus for print-based and performance verse.

Even the Pulitzer Foundation, unknowingly I think, hinted at the tension between performance and literary in their citation about Jess's work. The caption for Jess's Olio reads, "For a distinctive work that melds performance art with the deeper art of poetry to explore collective memory and challenge contemporary notions of race and identity."

"Performance art" is less deep than "the deeper art of poetry"? Oh, no. In fact, what makes Jess's work so powerful and original is that he merges multiple realms, including performance and artistry on the page. At least we know there's more work to do in discussing the links and divergences.

I've been following and writing about Jess's work for a little over a decade now, so I'm especially pleased to see him earn this award, which I suspect means more attention for his powerful resonating and literary work.

Colson Whitehead's novel The Underground Railroad was awarded in fiction. Lynn Nottage's play Sweat was awarded in drama, and Hilton Als received the award for Criticism.