The incredible reach of Colson Whitehead's The Underground Railroad 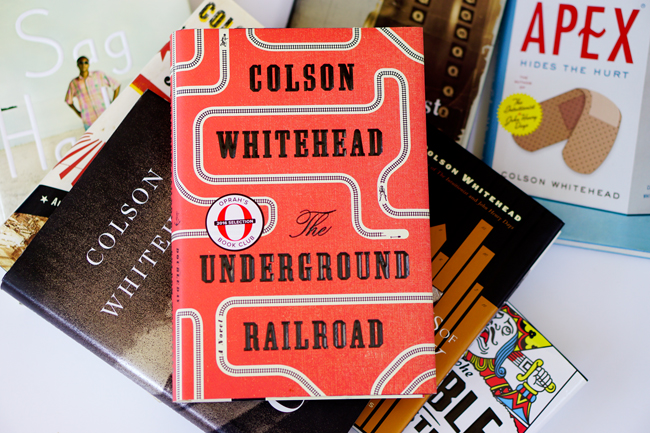 Last week, while reporting on an upcoming dramatic series adaptation of Colson Whitehead's The Underground Railroad (2016), media outlets noted in passing that Whitehead's novel has now sold over 825,000 copies. That's a remarkable number for a novel, not to mention a novel by an African American.  That number is even more astonishing when we consider that the book was only published 8 months ago.

Doubleday had originally planned to publish 75,000 copies of The Underground, but the publisher decided on an initial print run of 200,000 after Oprah Winfrey announced that she wanted to make the book one of her book-club selections. Whitehead's book got a boost in publicity when President Barack Obama announced that The Underground Railroad was on his summer reading list. Then later, the book gained additional attention when it earned a National Book Award for Fiction in November. The recent announcement that award-winning writer and director Barry Jenkins is adapting The Underground Railroad for a television series on Amazon gave the novel yet another boost.

Some folks who study African American literature are uncomfortable when an individual book and author do so incredibly well. They worry about the one-at-a-time approach to recognizing black writers. In addition, they are suspicious when a literary work is so widely embraced by the so-called "white mainstream." Scholars rarely publish these sentiments; you have to hear such discussions at face-to-face gatherings and in private conversations.  (I hope to return to these persistent yet somewhat under the radar feelings and ideas at some point).

The response to The Underground Railroad has been far-reaching, no doubt. Still, Whitehead has been steadily receiving high appraisals for his writings since his debut novel The Intuitionist in 1999. In fact, one of the earliest reviews of his novel about elevators in The New York Times closed by noting that "Literary reputations may not always rise and fall as predictably as elevators, but if there's any justice in the world of fiction, Colson Whitehead's should be heading toward the upper floors."

So while The Underground Railroad is a break-through success in some respects, the book is also part of an almost 20-year process. Relatively  few writers achieve the level of accomplishment that Whitehead has, but when they do, it usually takes decades for it to happen.