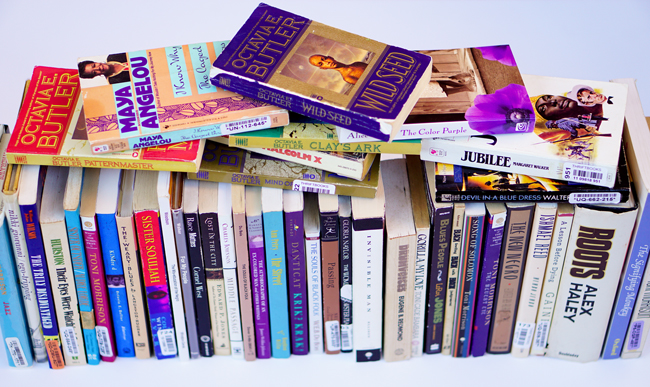 At some point, we should say more about high productivity and black writers.

Many of the scholarly articles on African American literature in our field concentrate on one or two works at a time. Scholars tend to focus on the quality of a select work by an author as opposed to the quantity of works some writers produce. Why has that been the focus for so long? Is it because of the auras associated with "best" and "masterpiece," considerations more well-suited for studying a single work as opposed to a body of works?

There's also the issue of "close reading," a longstanding, revered practice among literary scholars of carefully examining a minute aspect of a text. Close reading often privileges the trees, or more accurately, the leaf of a single tree over the forest.

There's far more conversation and scholarly treatments of Butler's Kindred (1979) as opposed to her 5-novel Patternist series (1976 - 1984). Why? Well, digesting and talking through a full series requires some different kinds of commitments and ways of looking into the literature from us. But at some point, maybe we need more of that.

I enjoyed Colson Whitehead's newest book The Underground Railroad (2016), and I suspect part of my enjoyment emerges from thinking about that book in the context of his other novels. But again, talking through all of the works require something a little different than focusing on one.

We'll definitely have to re-adjust if we plan to break out of and beyond the one-at-a-time, masterpiece paradigm.