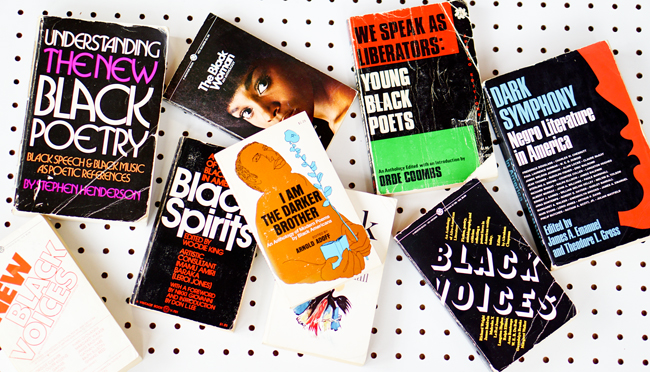 The other day, William J. Harris was mentioning Arnold Adoff's important anthology  The Poetry of Black America: Anthology of the 20th Century (1973). It was a work that was really useful for the research and writing that I did on anthologies of the Black Arts era.

Harris's mention prompted me to think on Adoff's collection I Am the Darker Brother: An Anthology of Modern Poems by Negro Americans (1968). I stumbled across the book many, many  years ago as a child. It was one of the many works that my parents had in their collection of books. (I've written about Adoff's book a few years back).