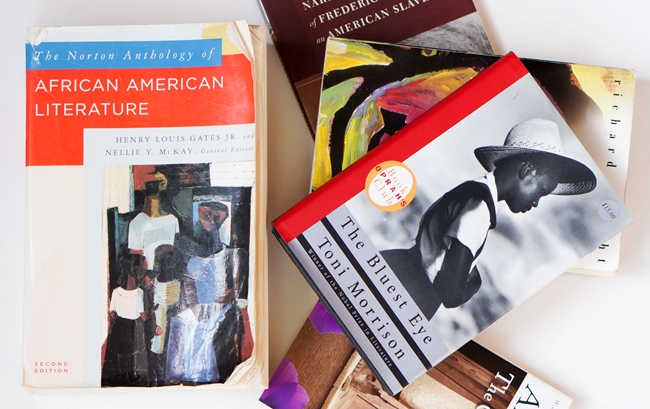 We’re fond of the useful digital humanities project, Metacanon designed by Nathaniel Conroy. The site is an “interactive canon generator” that ranks American novels and works of fiction based on parameters that users can set. In large part, the ranking is based on the frequency of book title mentions in scholarly journals.

Updates to his site now make it possible to take a look at 181 nineteenth-century texts, the top 500 texts from 1800 through 2016, and a ranking of texts based on mentions in The New York Times.

Given our research interests, we’ve been especially intrigued with the representation of African American authors on Metacanon. Although only 69 black authored texts appear out of the 500 (when settings concentrate on the 20th century), we noticed that five of those novels appear in the top 10. 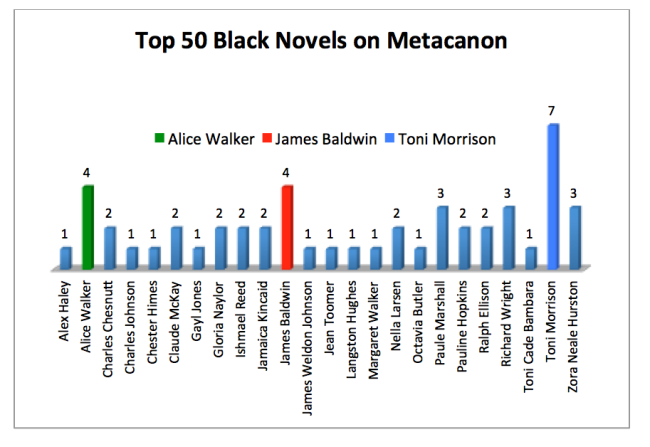 There are 50 works by black authors scattered throughout the top 325 books published during the twentieth century. Among those 50 books, 14 are men and 14 are women. 6 of the authors have 3 or more books on the list: Zora Neale Hurston (3), Richard Wright (3), and Paule Marshall (3), James Baldwin (4), Alice Walker (4), and Toni Morrison (7). 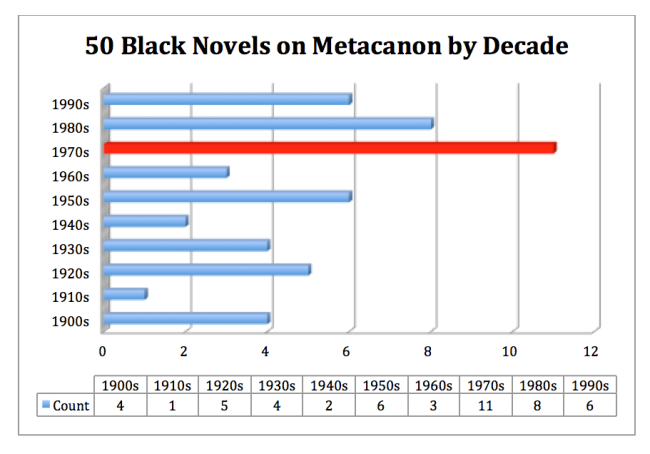 The 1970s are an important decade for African American books included on the Metacanon list. Morrison’s The Bluest Eye (1970), Baldwin’s Just Above My Head (1979). Walker’s The Third Life of Grange Copeland (1970), Ishmael Reed’s Mumbo Jumbo (1972), and Gayl Jones’s Corregidora (1975), are among the 11 books published during this decade.

For some time now, we've been interested collecting data related to African American literature. We’ve begun developing approaches of how to best integrate multiple and disparate data sources to make discoveries or uncover hidden patterns related to black writers. We have had to ask what data is useful and available to help us make discoveries about literary art.

Metacanon’s approach to collecting citation information and ranking novels based on various factors such as journals, Google scholar, and literary prizes makes it possible for us to gauge and/or estimate the significance of American writers over expansive periods of time. We are able to sift through the hundreds of items and identify the presence of black writers. We are then able to: 1) analyze black writers alongside their non-black peers according to citations, 2) analyze black authors exclusively according to citations.

Ultimately, Metacanon gives us an important basis for considering how to use different types of data to create new approaches to organizing and assessing literature.