A Checklist of Digital Humanities projects 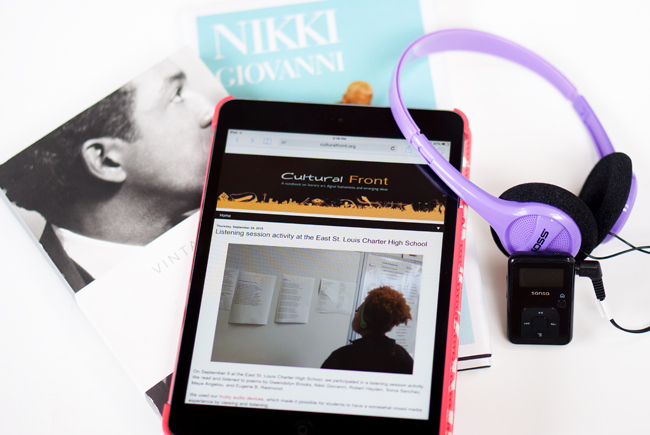 As we research and create digital humanities projects, we continually find inspiration and guidance from a range of sources. What follows are some of the projects that we’ve studied.


Description: This project serves as an archive for the storage, analysis, digitization and distribution of material on the study of a global black press. The collective, comprised of an interdisciplinary group of scholars, produces scholarship and data visualizations on a variety of subjects related to black newspapers.


Description: Black Quotidian "is designed to highlight everyday moments and lives in African-American history" drawn from the pages of black newspapers. The site presents articles decades past in newspapers to correspond to the current date.


Description: This project compares the lexical density of Jay Z, Outkast, Nas, Lil Kim, Drake, and 80 other rappers among each other and to William Shakespeare. Daniels examines the first 35,000 lyrics of each rapper alongside 28,829 words that comprises William Shakespeare’s entire body of work. The infograph charts the number of unique words of each artist and ranks them accordingly.


The Colored Conventions Project examines the series of national, regional, and state conventions held from 1830 until after the Civil War. The digital exhibits examine the lives of the male delegates and the broader social networks that made these conventions possible.


Description: This site is a repository for various projects produced during Fall 2006 by the History 302 class at the University of Michigan. These projects take a look at black history and populations in Detroit during the 19th century.


Description: This project measures the extent to which works of fiction have been the focus of scholars and awards committees. Metacanon displays a list of the 500 highest scoring American novels and short story collections. Each work is then given a weighted score based on the number of citations it has received in two major journals (American Literature and American Literary History), on JSTOR, and on Google Scholar.


Description: Wesley Lowery and a large group of reporters, researchers, and designers for the newspaper gathered information to compile a database on nearly 1,000 fatal shootings by police officers across the country. The Washington Post’s database and related articles on police shootings earned a Pulitzer Prize for national reporting.

Description: A weekly online publication and a networked academic archive that brings together "sound studies scholars, sound artists and professionals, and readers interested in the cultural politics of sound and listening." The site serves as an important resource on sound studies, and highlights "the social, cultural, and political aspects of sound and listening, particularly their differential construction of and material impacts on variously positioned bodies."


Description: This project documents nearly 36,000 voyages and the forced migration of over 10 million enslaved Africans during 16th and 19th centuries. Users are able to explore the Transatlantic Slave Trade based on ships, captains, origins, and destinations.


Description: This project “organizes documentary evidence about when, where, and how slavery fell apart during the American Civil War.” The project uses GIS software to map various interactions between enslaved men and women and Union and Confederate armies. Ultimately, users are able to document trends, observe patterns, and interpret data on national and regional levels.

Related:
• A notebook on digital humanities
Posted by H. Rambsy at 7:36 AM