Yes, Malcolm is talking directly to You 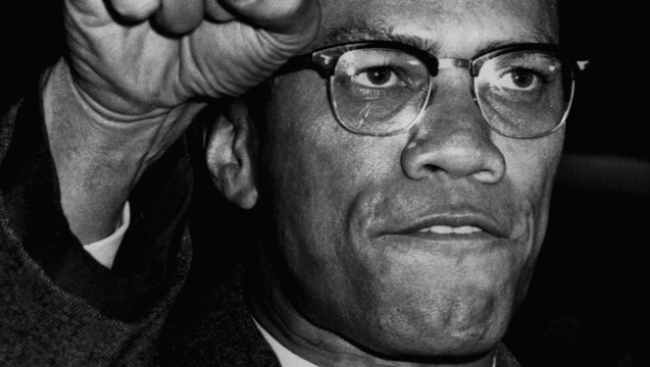 When we text-mined Malcolm X’s speech “Message to the Grassroots,” what stood out to us was how frequently he used the personal pronoun “you.” Malcolm uses the word “you” 168 times in the speech.

Malcolm’s repeated use of that personal pronoun allows him to achieve a conversational tone throughout the speech. He expresses interest early on in establishing a personal connection with his audience. In the opening sentence, he states, “We want to have just an off-the-cuff chat between you and me – us.”

At times, Malcolm deploys “you” in a series of repetitions. For example, early on in the speech, he states that:

At other times, he draws on the pronoun to remind black folks of their connections to enslaved people. He notes that “You are nothing but an ex-slave,” and “You didn’t come here on the Mayflower. You came here on a slave ship.”

For Malcolm, “you” was useful for making direct critiques of his audience. For instance, he points out that, “You haven’t got a revolution that doesn’t involve bloodshed. And you’re afraid to bleed. I said, you’re afraid to bleed.” He extends the metaphor about a lack of blood (meaning courage) in a series of repetitions employing “you”:

Later still, when Malcolm wants to point out that prominent Civil Rights leaders misled African Americans, he states to his audience that those leaders “controlled you, but they never incited you or excited you. They controlled you; they contained you; they kept you on the plantation.”

While we always had a sense that Malcolm found distinct approaches to connecting with his audience, text-mining led us to pay closer attention to Malcolm’s repeated use of “you” in “Message to the Grassroots.”

Along with joke-telling, Malcolm’s use of the personal pronoun “you” became an additional way that he produced such an effective and compelling speech. For him, “you” operated as a powerful and multifaceted word that allowed him to connect with and critique his audience.