Jay Z By the Numbers 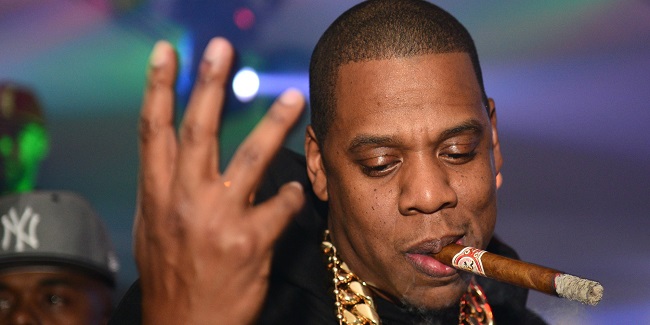 For some time now, Jay Z has been one of the world’s most prominent rappers. In the process of compiling and analyzing sets of information on his many productions, we’ve discovered and constantly been reminded that Jay Z’s music constitutes a fascinating data rich body of work.

On those 12 albums, Jay Z has uttered a total of 74, 600 words (that does not include: hooks/choruses, and ad-libs, and words spoken by featured artists). Jay Z’s double-CD The Blueprint 2 contains his most words, with 10,179 and his last album Magna Carta Holy Grail contains the least amount of words with 4,326. Jay Z uses, on average, 1,700 word types on each of his albums. 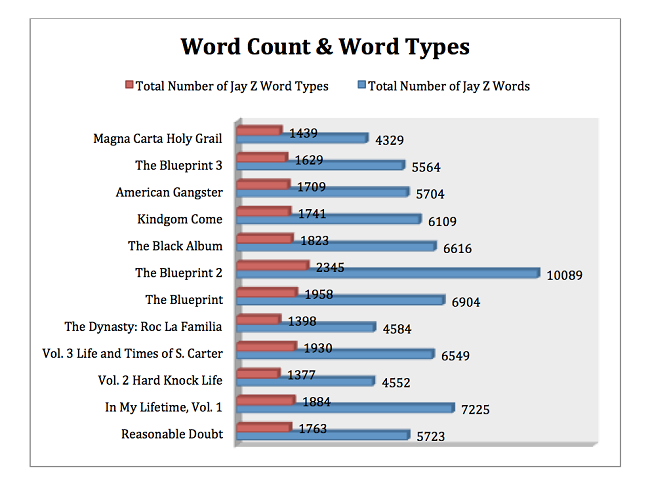 "I" also accounted for one of the top 10 words when stop words were not applied to Jay Z's lyrics. The word “I” ranks second (2470), and “you” ranks third (1852). Rappers often directly address a presumed listener. 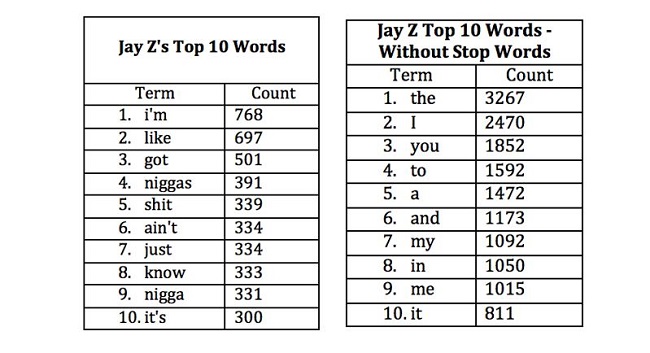 Across his 12 solo albums, Jay and his producers use 276 samples. At 39%, Jay Z’s most frequent samples come from hip hop music. Soul music, at 30%, constitutes his next most frequent source of samples. 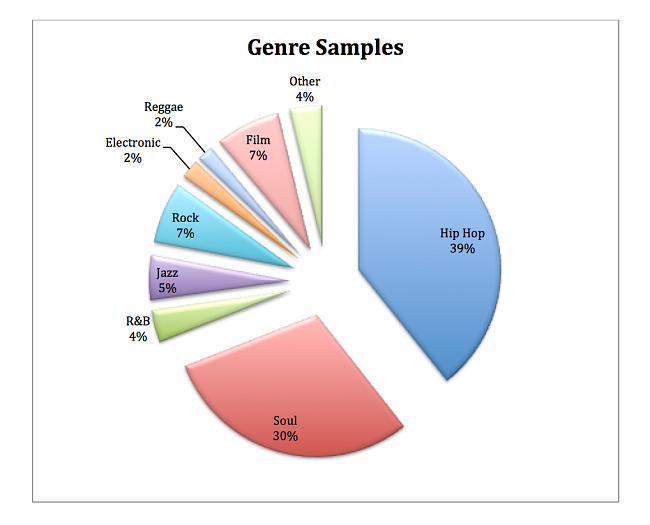 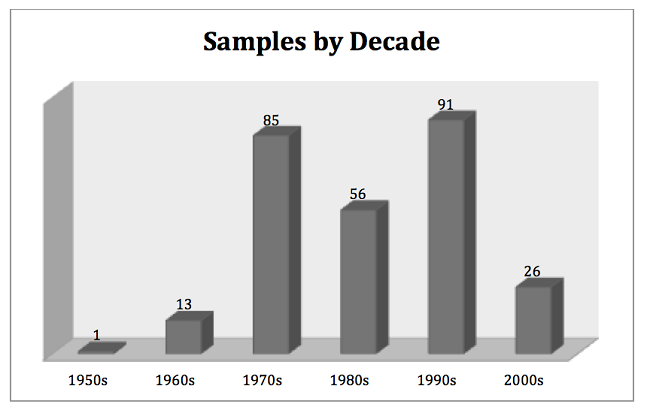 Jay Z has worked with 165 producers and featured artists on his 12 solo albums. The vast majority of his collaborators were born during the 1970s, a decade that witnessed the birth of a tremendous generational cohort comprised of dozens of groundbreaking and prolific lyricists and producers associated with hip hop. 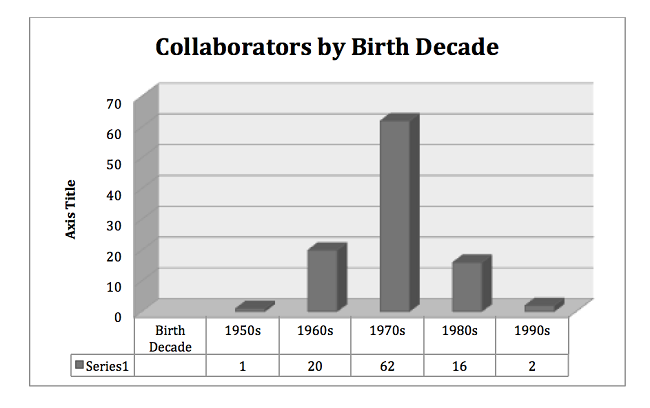 These by-the-number details help us to account for defining features of Jay Z’s albums. Our attention to these types of details has led to our ability to more accurately characterize individual albums by noting similarities and distinct differences. As a result, we learn more about his development as an artist over a 17-year span.