The Humor of Malcolm X 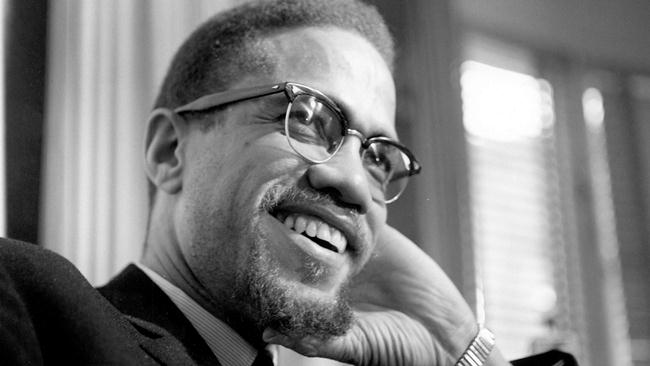 Malcolm X is often characterized as a fiery, militant, Black Nationalist activist. For some, he represented the epitome of an angry black man. We understand where some of those perceptions of him come from, and why some people found his words and positions unsettling. But, what about Malcolm’s humor? What about his joke-telling skills? What about his abilities to make people laugh?

We’ve taken a close look at Malcolm’s famous speech “Message to the Grassroots.” What we discovered were more than 60 jokes. He offers humorous putdowns, teasing jabs, playful rhymes, and exaggerated language to mimic people he opposes. The speech lasts over 45 minutes, and Malcolm’s jokes and sarcasm prompt his audience to laugh out loud on numerous occasions throughout the speech.

He prompts laughter from his audience at one point when he says “and don’t be shocked when I say I was in prison. You still in prison. That’s what America means: prison.” Later, he tells the audience that “Whoever heard of a revolution where they lock arms… singing ‘We Shall Overcome’?” Soon after, he says that “These Negroes aren’t asking for no nation. They’re trying to crawl back on the plantation.”

He discusses serious topics throughout as well, but the joke-telling contribute to making the speech entertaining. The use of jokes also allows Malcolm to showcase a broader range of his verbal skills and talents. For instance, he frequently modulates his voice to differentiate his own voice from that of the man on the street as well as the voice of so-called Uncle Toms.

“’I ain’t left nothing in Africa,’ that’s what you say. Why, you left your mind in Africa.”

In that instance, Malcolm accentuates the deficiencies of the presumed sellout by presenting the person using an apparent ungrammatical double negative. Malcolm moves from the voice of that figure back to his own authoritative persona with the powerful rejoinder that “you left your mind in Africa.”

Malcolm offers relatively few jokes about white people. For the most part, his humor concentrates on African Americans. He makes what we call “black-on-black jokes.” In this case, those are jokes about and for black people.

At multiple points in “Message to the Grassroots,” he suggests that King and other leaders are “Uncle Toms.” He refers to these leaders as “Uncle Tom’s of the 20th Century” whose job is to “keep you and me in check, keep us under control, keep us passive and peaceful and nonviolent.” Later on, in another instance, he says, “To keep you from fighting back, he [“the white man”] gets these old religious Uncle Toms to teach you and me, just like Novocain, suffer peacefully.”

One result of thinking about what Malcolm does as “black-on-black jokes,” is that it leads us to an understanding of differences between black people and black people. By putting down one kind of black person, Malcolm elevates others. His jokes about black folks highlight the divergent thinking among us and reveal that some positions we hold are more and less progressive than others.

The views of Malcolm as a fiery, militant black nationalist are well-founded. His defiant tone radiates throughout many of his speeches. Yet to fully understand Malcolm’s appeal among his black audiences and to grasp the dexterity of his verbal skills, we do well to take his joke-telling into account. After all, Malcolm was, among other things, a militant with a sense of humor.


Acknowledgement:
We wish to thank Cynthia Campbell for assistance tallying all of Malcolm’s jokes.

He had a fantastic sense of humor. It helped to make him human and electric. When he said something he knew was funny, his eyes and facial expression lit up. And of course a great orator. An American hero.