The Magic of Juju and Black Arts texts 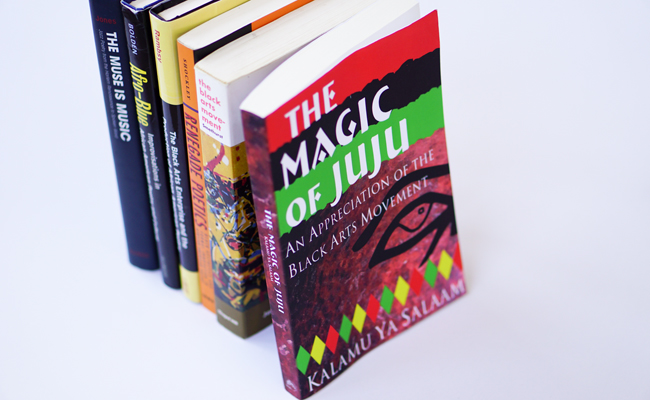 One of the big debts I owe to Kalam ya Salaam's work in The Magic of Juju is his chapter on Black Arts publications. He identifies and discusses journals, including Soulbook, Journal of Black Poetry, Black Dialogue, and Liberator; black presses; and anthologies of the time period.

Salaam's scholarship gave me a clearer sense of the large, diverse body of journals out there that distributed black arts writing, particularly poetry and commentary about poetry. Studying publications such as Negro Digest/Black World as well as the many anthologies of the 1960s and 1970s clarified for me the extents to which Black Arts Movement was a movement.


Negro Digest/Black World published hundreds of poets during the Black Arts era, and even more important, the periodical facilitated a national conversation about African American artistic thought. Salaam explains that "Negro Digest/Black World illustrates BAM's reach and the depth of audience receptivity to its message." He goes on to note that given American's Black population at the time, the periodical "was more broadly circulated among its target population than almost any other literary magazine in existence."

The Black Arts Movement is notable for its literary attributes,  but Salaam proposes that we also view the artistic activity as a major "'literacy movement, which encouraged reading among a mass population." The abundance of Black Arts texts surely gave readers a wide range of materials to cover.

The size and variety of Black Arts texts assists in explaining the movement's movement powerful impact and enduring legacy.

Related:
• A Notebook on Kalamu ya Salaam's The Magic of Juju
Posted by H. Rambsy at 6:55 AM