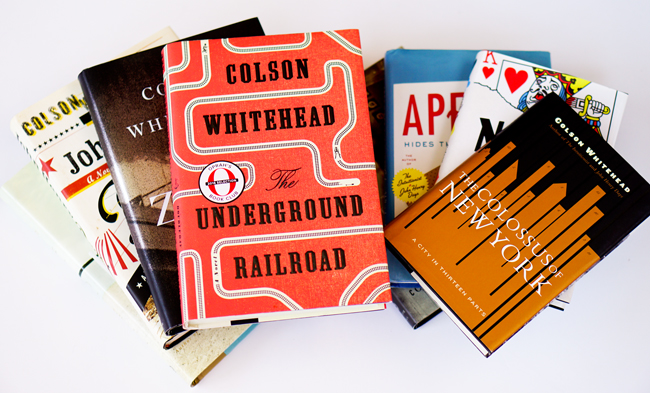 Maybe he gets us at the opening. Raising some kind of intrigue, the glimpse of things to come. Those first words, sentences were designed to captivate us and invite us to keep reading. So far so good. While it's somewhat vague, that's the point. It'll all make sense by the end.

Continuing my recent series on Colson Whitehead, here are the opening lines of his 8 books.

"About 45 years ago I was in Morgan County, Kentucky. There was a bunch of darkeys came from Miss. to assist in driving a tunnel at the heard of Big Caney Creek for the O&K railroad. There is where I first heard this song, as they would sing it to keep time with their hammers."  --John Henry Days (2001)

"I'm here because I was born here and thus ruined for anywhere else, but I don't know about you."  --The Colossus of New York (2003)

"First you had to settle the question of out. When did you get out? Asking this was showing off, even though anyone you could brag to had received the same gift and had come by it the same way you did." --Sag Harbor (2009)

"The first time Casear approached Cora about running north, she said no."  --The Underground Railroad (2016)