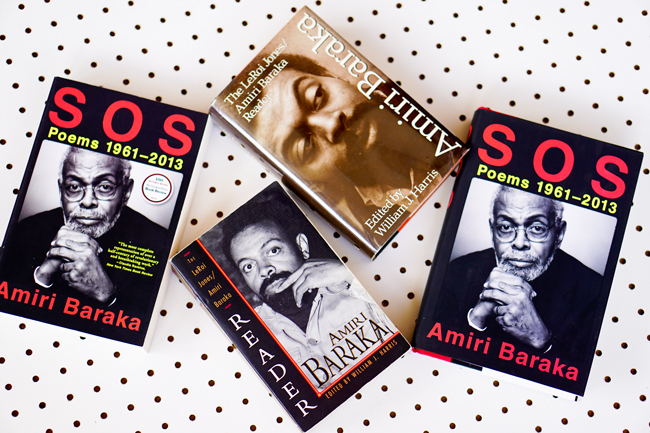 The dramatic shift in Amiri Baraka's style of delivery is arguably one of the great movements in the histories of American and African American poetry. Rarely has an individual poet's sound changed in such spectacular fashion.

Earlier this week, I was having my students listen to a recording of Baraka reading "Snake Eyes" in 1964. Then, I played some of his  readings from the album It's Nation Time (1972).

"Can you believe that's the same poet?" I asked. They couldn't.

Scholar James Smethurst has mentioned Baraka's shift in delivery style as well. In one piece, Smethurst wrote: “To my ears at least, Baraka’s reading on a 1959 recording of 'Freedom Suite (For Sonny Rollins and Franz Kline)' is relatively tentative; his reading of 'Black Art' on the 1965 Jihad Productions album Sonny’s Time Now captures his emergence as one of the great performers of poetry in our time.”

The Black Arts Movement remains a defining moment in literary history, and so too was Baraka's sonic movement.