Toward a History of the Black Book Interactive Project 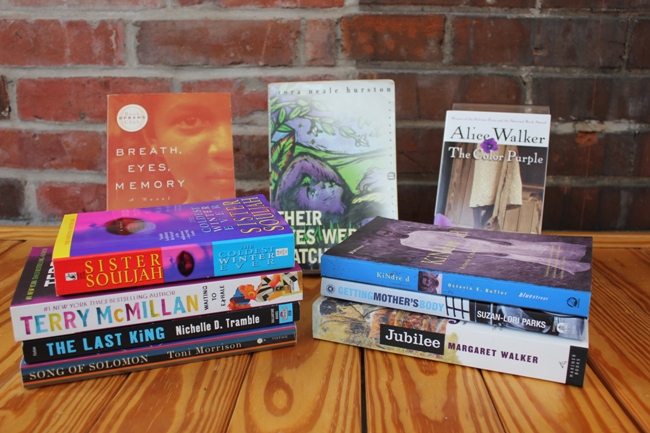 At the 2014 Modern Language Association (MLA), Professor Warren Carson moderated the panel, “Words, Works, and New Archives: Studying African American Literature in the Twenty-First Century,” that included professors Dana Williams, Regina Bradley, and me. In my presentations, “The Black Book: Creating an Interactive Research Environment," I discussed my ongoing work with a metadata collection project I founded as Digital Initiative Coordinator for HBW.

I had been working on the metadata collection project for three years at the time of the presentation. On February 22, 2011, when I launched the HBW blog, I began blogging about the “100 Novels, Trend Analyses Project.”

In the first post, I began describing preliminary findings that resulted in gathering data in 100 African-American-authored novels—from Williams Wells Brown’s ,Clotel; or, the President’s Daughter (1853) to Terry McMillan’s Getting to Happy (2010). In these early stages, I began to notice recurring trends. For instance, I noticed that most novels I covered with extensive Wikipedia pages and several contemporary print additions had often been adapted into movies. I also noted after 1980, an increasing number of novels on The New York Times bestseller list were by novelists who earned M.F.A. degrees.

Over time, the project evolved and began addressing broad fields of information related to novels such as thematic content and publication histories. The project later took on the name “Black Book Interactive Project” after reading The Black Book edited by Middleton A. Harris, Ernest Smith, Morris Levitt, and Toni Morrison.

In 2013, with Professor Maryemma Graham, I wrote and earned a seed grant from the University of Kansas where I was pursuing graduate studies to develop the project. From 2013 – 2014, Will Cunningham – another graduate student in the program – and I served as research assistants for the project, where we began to devote more time to studying the significance of tagged data in literary databases. Our investigations revealed that there were no current systems that accounted for variations of race, class, and gender with current literary metadata schemas.

We submitted two NEH Digital humanities grants from this project. This past spring, we received a Level I Digital Humanities Start Up grant, which will ensure that the project continues to develop.

Related: • A notebook on digital humanities
Posted by H. Rambsy at 8:39 PM