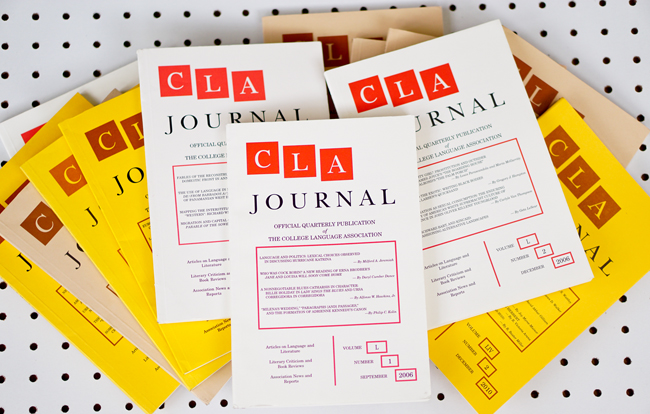 No other journal focusing on literary studies contains so many articles and book reviews by scholars from HBCUs. CLA Journal provides one of the most extensive, sustained records of scholarship from a wide variety of writer-teachers, artists, and intellectuals based at black college and universities. In the field of history, The Journal of African American History (formerly The Journal of Negro History serves a similar role, having gained a large body of contributions of historians from HBCUs.

The College Language Association and then CLA Journal began providing presentation and then publishing opportunities for scholars at HBCUs long before predominantly white universities were willing to hire black scholars in large numbers. During that time, the association and its journal established a strong, respected reputation among scholars and professors based at HBCUs. That reputation explains why CLA Journal has remained a go-to publishing outlet for scholars for so long.

Many scholars at HBCUs have heavy teaching loads, making it difficult to develop an active research and publishing record. The presence of so many articles by so many scholar based at teaching-intensive institutions reflects their resourcefulness and devotion to the field and CLA.

Related:
• A Notebook on the CLA Journal
Posted by H. Rambsy at 7:19 AM