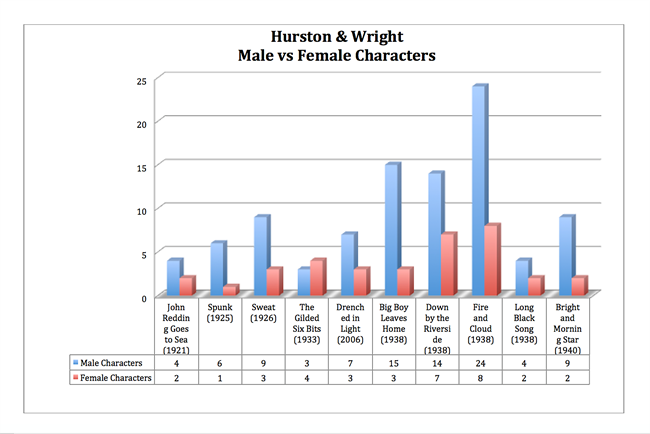 Despite the perceived ideological differences between Zora Neale Hurston and Richard Wright, both writers share a common regional setting: the South.

Text-mining software allowed me to extract quantitative data to construct visualizations that illustrate stylistic differences between the two southern writers. These findings become especially important when analyzing works by Hurston and Wright, whose competing interests helped to create these broad parameters for studying African American literature.

Both Hurston and Wright seem to privilege male characters in their southern fiction based on the data I have collected. Similar to Wright, all of Hurston’s stories (except “The Gilded Six Bits”) have more male characters instead of female characters. Even though women are crucial figures in stories by both writers, the word “man” is actually used more in all of the stories in the study. 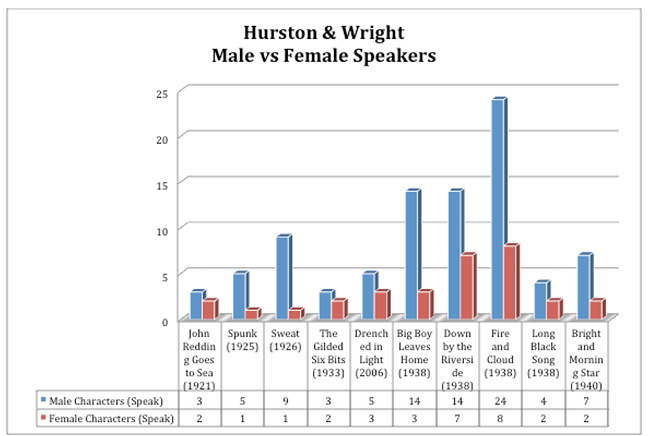 Men have the majority of the speaking roes in southern short fiction by Hurston and Wright.

Related:
• "Seshat: A Digital Humanities Initiative" at Howard University
• The African American Literary Studies Lab
• A notebook on short stories by black writers
Posted by H. Rambsy at 9:51 AM