Black southern writers often times employ AAVE and rely on common words such as “dat” (that), “ah” (I), “yuh” (you), and “en” (in) to create southern environments. Since Voyant’s stop words list does not account for AAVE, I hone in on these particular words to make connections and identify distinctions between stylistics patters of black short fiction with southern characters.

In the case of African American literature, function words such as conjunctions, pronouns, and prepositions, are of great importance. These words serve as literary markers and stylistic features of the fictional South.

Below, I have provided a table featuring distinct AAVE words and the total number of times they appear across select short stories by Charles Chesnutt, Rudolph Fisher, Zora Neale Hurston, and Richard Wright. 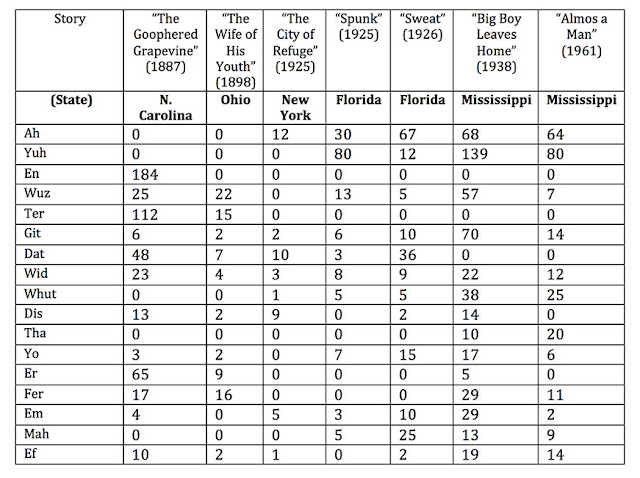