Debates and tensions in Black Studies 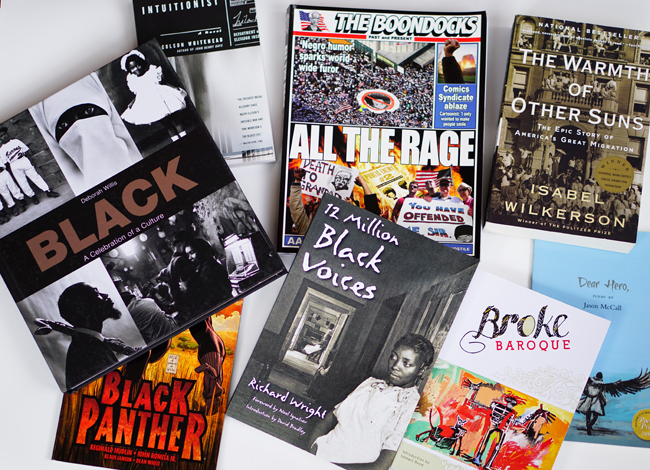 As a complement to my "Black Poetry Debates: tracking histories of tension, vs., and questions," I decided to produce a list related to Black Studies. Although Black Studies programs began appearing on university campuses in the mid to late 1960s, a wide range of historical events, discussions, collaborations, and yes, arguments shaped the formation of the programs. The following list offers brief descriptions of some of the general recurring debates and tensions in the field.

• Political vs. Cultural focus – During the 1960s, some black activist groups wanted to concentrate on what they viewed as ‘political’ issues, exemplified in some respects by the platform of Black Panther Party for Self-Defense (i.e. issues pertaining to housing, healthcare, employment, police brutality). Other black groups wanted to take a cultural or artistic approach, doing more to utilize the arts to highlight African American concerns and interests. The political groups and the cultural groups sometimes had serious conflicts about which focus to prioritize.

• Research vs. programming – Some of the programs concentrate on research ad scholarly production. Other programs concentrate on programming, primarily for undergraduates. The different points of focus create a variety of subtle and direct tensions for students and faculty involved in the programs, particularly with respect to funding. Within the frame research vs. programming, there is also strain on whether the priority should be graduate students or undergraduates.

• Humanities vs. Social Science – There is a long-running, sometimes low-key debate among social science and humanities. Should the programs concentrate on political science and sociology or literary arts and popular culture such as rap? From what department or discipline should program directors emerge, and how will that choice influence funding, research, and programming priorities? These are just some of the questions and tensions associated with the humanities vs. social science focus.

• “What can you do with a minor or degree in Black Studies?” – It’s a recurring question about post-graduation options and careers for students who minor or major in Black Studies. Given all the pressing concerns about employment for African Americans, there’s often anxiety with the question, and because of attacks on Black Studies programs over the years, there is also a fair amount of defensiveness when people ask what can be done with Black Studies, especially beyond academia.

• History vs. Popular Culture focus – The tensions between a focus on historical subject matter as opposed to popular culture topics are hardly treated in any extension way. Yet, based on their research topics, conferences, and syllabi, the scholars clearly have differing and sometimes conflicting preferences.

• The case for black feminism – Since the inception of Black Studies programs during the late 1960s, black feminist scholars have offered important critiques of how patriarchy directs many aspects of the programs, in addition to the ways the programs historically excluded or downplayed the contributions of black women. In the process, black women scholars presented alternatives and essential revisions to Black Studies programs. Notably, in recent decades, a larger number of black women have assumed director positions for the programs.

• Henry Louis Gates, Jr. – As one of the most prolific and well-known African American scholars of all time and as the long-term director of the African American Studies program at Harvard University, Gates has many admirers and detractors. His admirers highlight his extraordinary accomplishments as a literary scholar, director, and ambassador for a wide range of African American-related projects. His detractors critique the notions that: his projects are overly entrepreneurial or opportunistic; he takes too much credit for the contributions of others; he adopts a position that diminishes the militant roots of Black Studies.

• Generational shifts/conflicts – Although folks in black communities place value on “honoring elders” and “listening to the young people,” there’s continually tension and struggle between senior scholars and junior scholars/graduate students. Often, there’s all kinds of agreement and collaborations across ages, but sometimes, it’s difficult to ignore the generational conflicts and differences.

• Can or should white people teach African American Studies courses? – Since the launch of Black Studies programs to the present, students, faculty, and administrators wondered about and sometimes debated whether white professors can and should be employed to teach ‘black’ courses. On the one hand, observers note a long line of white and other non-black scholars have made invaluable contributions to the field. At the same time, others note that black studies courses represent some of the only opportunities that students might have to encounter black professors on campus.

• STEM vs. Black Studies – The number of funding opportunities for students in STEM fields far surpasses the opportunities available to those pursuing Black Studies, who tend to have majors in the humanities and social sciences. The high value and priority that university place on undergraduates in STEM as opposed to in Black Studies creates bias and potential conflict. Further, the relative absence of STEM in Black Studies curriculum and programming also signals distance and discomfort between the fields.

Related:
• Black Intellectual Histories
Posted by H. Rambsy at 8:59 AM