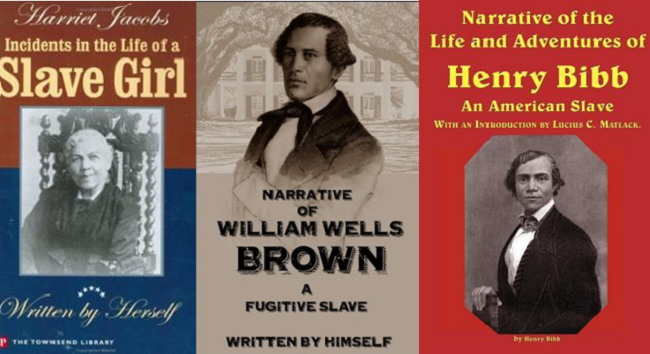 1860s [12]
1860: Running a thousand Miles for Freedom by William and Ellen Craft
1860: Struggles for Freedom: Or the Life of James Watkins, Formerly a Slave in Maryland by James Watkins
1861: A Narrative of Events of the Life of J. H. Banks, an Escaped Slave by J. H. Banks
1861: Bond and Free: or, Yearnings for Freedom by Israel Campbell
1861: Incidents in the Life of a Slave Girl by Harriet Jacobs
1862: The Experience of a Slave in South Carolina by John Andrew Jackson by John Andrew Jackson
1862: The Experience of Thomas H. Jones, Who Was a Slave for Forty-three years by Thomas H. Jones
1863: Slave Life in Virginia and Kentucky by Francis Fedric
1864: Life of James Mars, a Slave Born and Sold in Connecticut by James Mars
1864: Narrative of the Life of J. D. Green, a Runaway Slave from Kentucky by J. D. Green
1866: The Story of Mattie J. Jackson by Mattie J. Jackson
1868: Behind the Scenes, Or, Thirty Years a Slave and Four Years in the White House by Elizabeth Hobbs Keckley