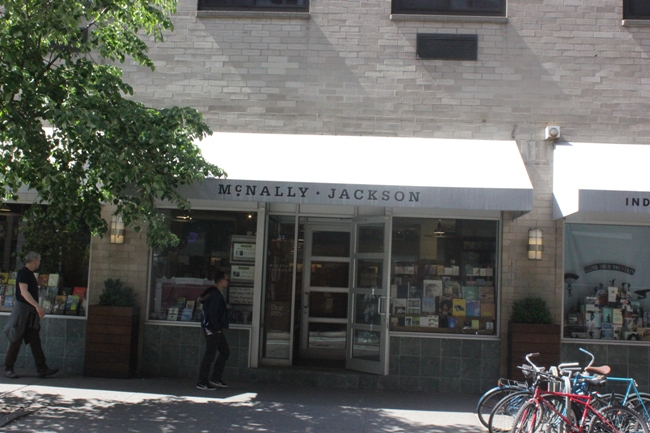 I finally got a chance to visit McNally Jackson bookstore while I was in New York City. The store, which opened in 2004, is a really important cultural space in the city, hosting a wide range of author readings and activities over the years.  Bookstores, as I've noted over the years, have always been integral to my intellectual development, and McNally Jackson, I'm hoping will become a familiar place to visit on my trips to New York.

I only did some light browsing when I stopped by the other day. It was shortly after 10:00 am, when the store opened, so there were not many people. It's an aesthetically pleasing bookstore, with a small cafe and a book printing section. 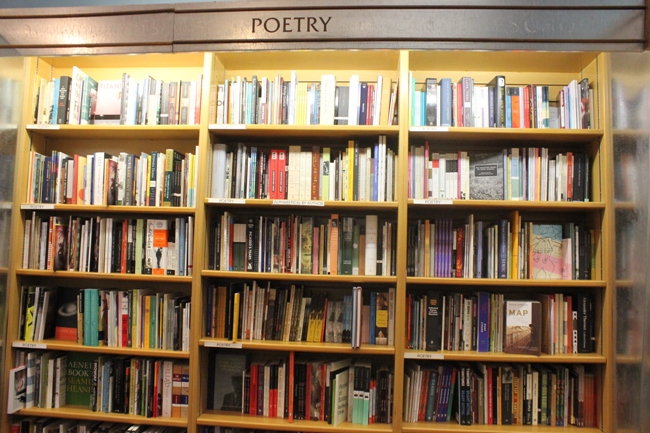 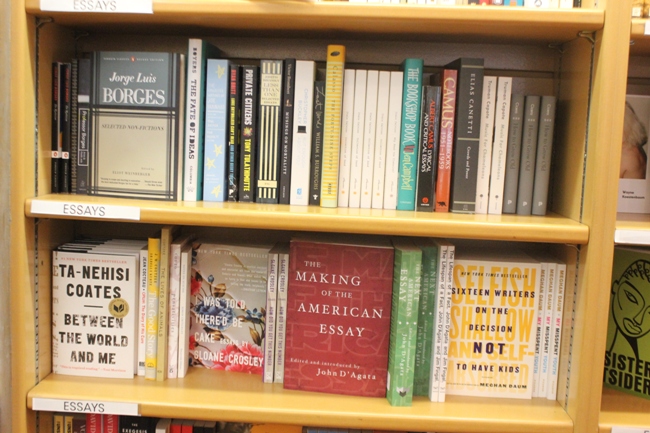 I checked out the poetry section, of course. I also looked around at the "Essays and Creative Nonfiction," "Digital Culture," "Economics," "African, Asian & Middle East," "New York," and "Indie bestsellers" sections. So many books, so little time.

I noted that Ta-Nehisi Coates's Between the World and Me prominently displayed in a couple of different places at McNally Jackson as well as Strand Bookstore.

In the meantime, I'm looking forward to my next trip to McNally Jackson. 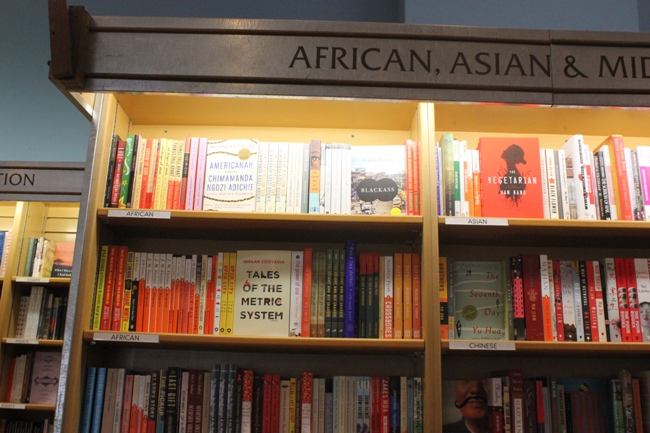 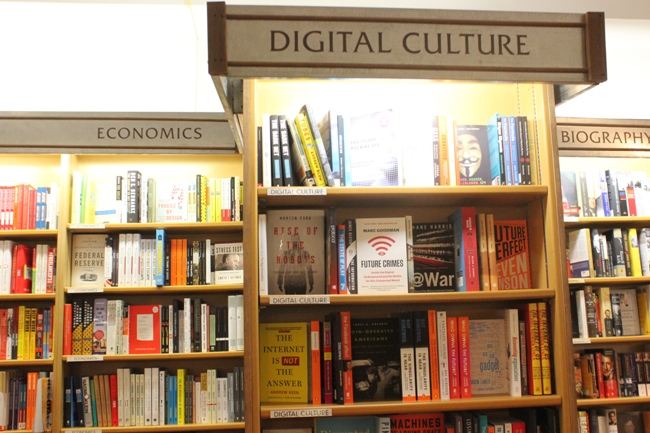