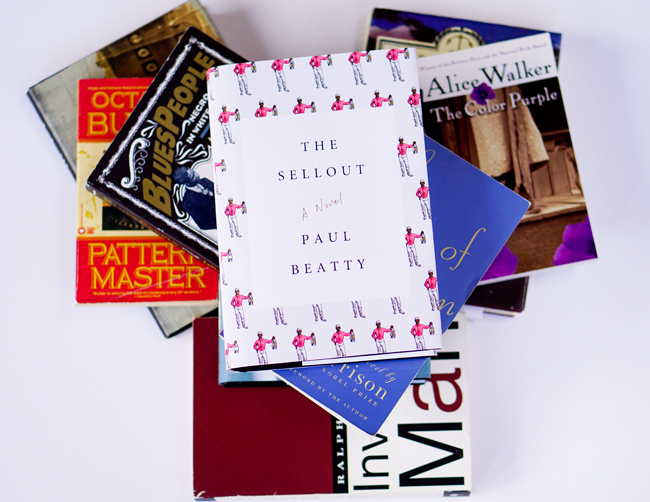 After a request from some former students, I've been thinking about book recommendations that I'd make in various categories. Here are 4 novels that  immediately came to mind.

• Paul Beatty's The Sellout (2015) -- This novel had me laughing throughout. On every page, it seems, he's telling this and that joke, making all kinds of social commentary. Generally, the narrative is about this guy who's (comically reinstates slavery and segregates a local school. The hilarious and deep treatments of race make re-reading this book worthwhile. Related: Coverage of Paul Beatty's The Sellout

• Toni Morrison's Sula (1973) -- an oldie but goodie, I enjoyed Morrison's book when I read it years ago. On the one level, the story is about two black women friends, how they bond and grow apart. On another level, the novel is yet another reminder about Morrison as this amazing storyteller, drawing on an extensive and keen knowledge of black folks and culture.

• Octavia Butler's Wild Seed (1980) -- Science-fiction writer Butler offers this narrative about these two immortal Africans who travel to America, along the way introducing us to the characters' special powers and struggles, especially the wise, shape-shifter protagonist. Related: A notebook on Octavia Butler

• Colson Whitehead's The Intuitionist (1999) -- I've read and re-read this debut novel over the years now, mostly with students. Many of them call the book "hard" because of the vocabulary and complexity of narrative. Their struggles, which became our struggles, with the book and the rewards we gain getting it lead me to look forward to re-reading the novel yet again. Related: A notebook on Colson Whitehead