Why the shift in poetry award juries matters 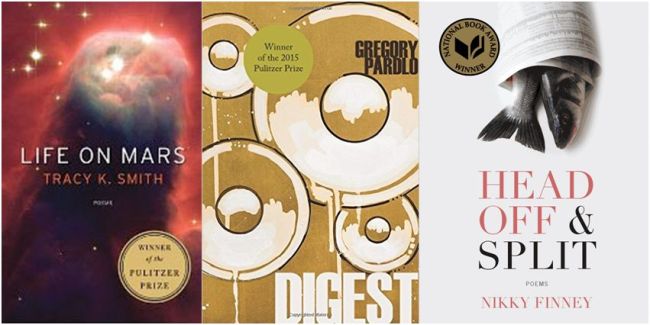 Sure, there were exceptions. But that's part of the point: they were exceptions. The absence of African Americans on selection committees prior to the 1990s meant that countless talented, deserving black poets were far less likely to receive national recognition and the related financial rewards for their works. There's no telling how invisible poets and poetry would have been without the Black Arts Movement, and particularly without the advocacy and promotional work of Negro Digest/Black World managing editor Hoyt Fuller. (In our celebrations of contemporary winners, we rarely reflect on how much the odds were stacked against generations of black poets).

By the late 1990s and especially during the 21st century, award and prize agencies became far more likely to include African Americans as jurors. Let's hope that noting the influence of African American jurors for poetry awards does not lead people to diminish the outstanding work of African American poetry winners. Instead, we might acknowledge that diverse selection committees tend to award a more diverse group of winners over time.

These days, even when juries are all-white, they are generally more willing, than in the 20th century, to recognize the talents and contributions of non-white poets. For one, today, larger numbers of white poets are more aware of black poetry and anti-black racism than they were decades ago. In addition, African American poets and their allies are better positioned to advocate for the value of black poets and poetry.

When poets win awards or gain substantial attention for their works, institutions end up inviting them to serve on award juries. The increase of African American poetry award recipients over the last couple of decades, in particular, have made it possible for more black poets to ascend to the ranks of juries and judging panels. The growing involvement of African American poets as judges has had far-reaching results for the kind of recognition that African American poets received during the 21st century.

Having said all of this, the most common and likely award winners for poetry are still white. There's considerable notice and celebration when African American poets or other literary artists win in part because it's less common overall.

Related:
A Notebook on prizes, awards & fellowships
Posted by H. Rambsy at 8:54 AM