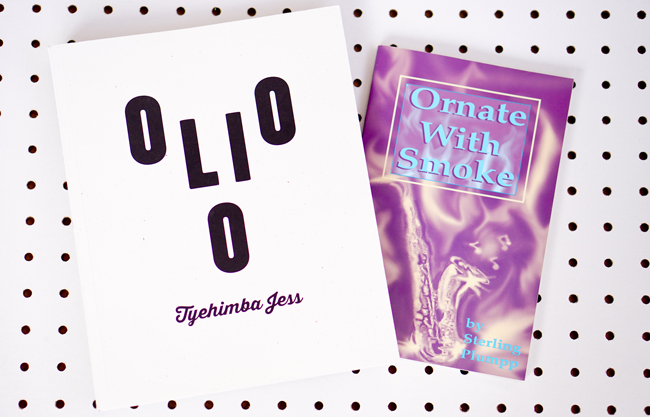 Trace back through the poetic and intellectual histories of Tyehimba Jess, and you'll eventually end up at the poetry of Sterling Plump. He was one of Jess's early college teachers. And more, he served as one of many models that Jess would look to in the process of producing such outstanding work.

In a piece some years back about his literary forefathers, Jess reflected on taking a course entitled "The Black Aesthetic" with Plumpp as the teacher at the University of Illinois at Chicago:


So when I met Sterling Plumpp, it was that first day of class, him leaning on the lectern, elucidating the history of the Black Arts Movement in a Mississippi drawl. Over the course of that spring, I would begin to realize the possibilities of the word. More importantly, I was able to see firsthand someone who looked like me who had succeeded in doing something that I had dreamed of doing.  And when I read his work, it seemed like he was doing that thing in ways I had never quite imagined.   He was bringing together the worlds of music and politics and history in a way I had never quite understood.  One of the most important things his work did for me was to explain the Blues and how he could fit the feel and intent of the music into a political context, and synthesize it up into an explanation of sorts in his poems.

For decades, Plumpp spent quality time at blues clubs in Chicago absorbing the music. Later, Jess too spent time at blues bars, where he listened, observed, and sometimes performed on his harmonica during open mics.

On one occasion at the Checkerboard Lounge, Jess noticed that Plumpp was in attendance. Jess observed his professor at work: "[Plumpp] had a pen and pad in hand, even as he nodded his head to the backbeat, and he was slowly deciphering the messages between the notes that tied the slow fist of the bass to the history of the hands inside the music to his own story and back again."

Plumpp and Jess have contributed to an extensive history of writers synthesizing the blues into poetry. For Plumpp, it's been through books such as Blues: The Story Always Untold (1989) and Ornate With Smoke (1997), and for Jess, the processes of combining the narratives, the feelings, and the music have appeared in Leadbelly (2005) and now Olio (2016).

Related:
• A Notebook on Tyehimba Jess
Posted by H. Rambsy at 9:13 AM

Thanks for featuring two of my favorite living poets.