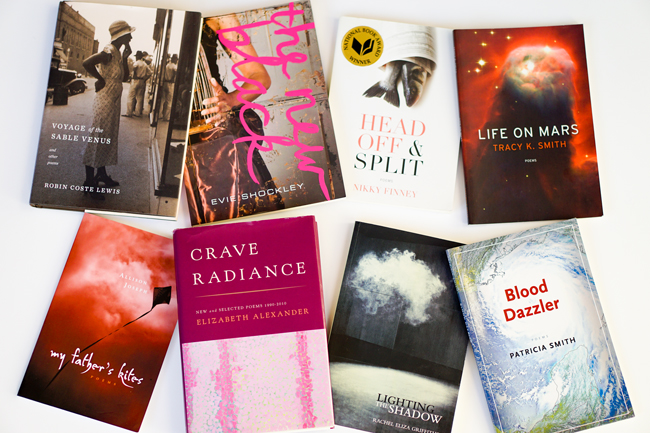 Hopefully, folks are going to start writing histories of contemporary black women's poetry. So much has been happening in this long, current moment that we'd definitely want to document all the developments, shifts, ongoing trends, continuities, major achievements, and innovations.

Perhaps, the poetry I'm now calling "contemporary" won't be contemporary by the time folks start writing the histories. We'll probably need to decide when this moment, whatever people decide to call it, began. Or, will we go with the beginning of the 21st, starting with publications in 2000? Or do we take a step back into the mid or late 1990s?

One challenge and opportunity concerns the large numbers of poets who've produced works over the last 20 or so years. My own humble collection contains dozens of volumes by black women. And I'm sure knowledgeable poets could easily identify dozens of works that I'm missing.


Where else do the poets converge and then diverge? Sonnets might be one place. Several contemporary black women poets, including Nelson, Natasha Trethewey, Vievee Francis, Allison Joseph, and Nikki Finney, produced sonnet sequences. Poets have taken up other forms and modes of writing as well. Just last year, for example, Treasure Redmond and also Tara Betts produced  chapbooks comprised solely of kwansabas. 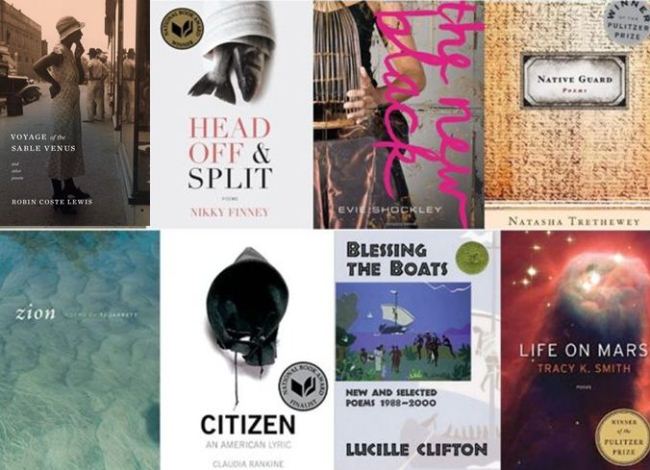 And what about all those award-winning black women poets? I'm thinking of folks like Rita Dove, Thylias Moss, Robin Coste Lewis, Harryette Mullen, Marilyn Nelson, Claudia Rankine, Patricia Smith, Tracy K. Smith, Trethewey, and many, many more.  And of course, the awards only provide some of the story. There are so many notable poets who have not won or who were finalists whose works deserve our attention, especially if we are trying to tell an expansive history of contemporary black women's poetry.

We had many poets who were already firmly established by the 21st century, yet continued publishing. Consider, for instance, all the poets who passed away over the last few years who were actively apart of our senses of poetry, people like Maya Angelou, Jayne Cortez, Lucille Clifton, and Wanda Coleman. Where might they and others fit within our histories of the contemporary?

Oh, and our coverage would need to expand even more if we included a history of spoken word verse here. We have a seemingly endless stream of YouTube clips focusing on talented black women poets, many of whom don't publish books. And speaking of YouTube, it would be worth taking note of the leading role that black women poets such as Amanda Johnston, Jonterri Gadson, Mahogany Browne, Sherina Rodriguez-Sharpe, Maya Washington, and others played in that #BlackPoetsSpeakOut project. 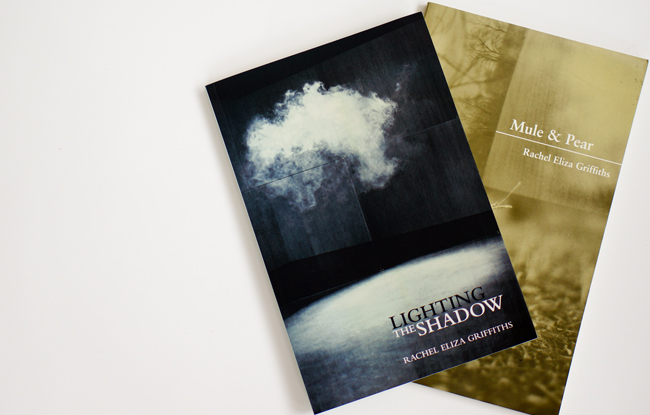 I would also think we'd want to think about poets who work in other forms. Consider the work of poet-photographer Rachel Eliza Griffiths.  Or, the poet and visual artist Krista Franklin. Or, poets such as Elizabeth Alexander and Tracy K. Smith who've also produced memoirs.

For now, those of us who are interested would do well to steadily document publications, news items, and notable events taking place in the production of black women's poetry. We'll want to keep taking note of what's happening and try, as best as possible, to consider what we'll want to preserve.

Related:
• Blog entries about black women poets
Posted by H. Rambsy at 8:51 AM