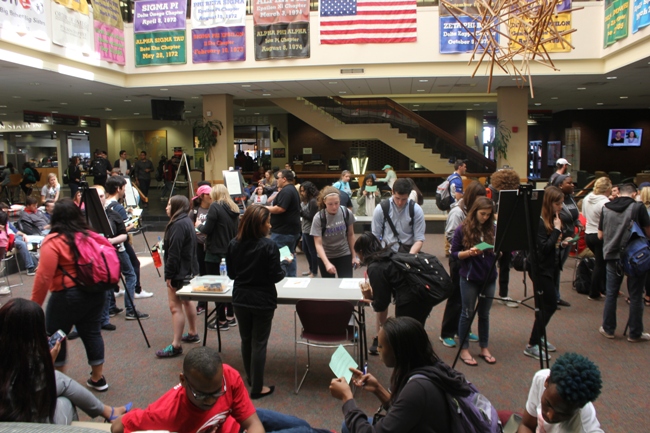 On March 16, our Public Thinking event focused on presumable "defects" that we were all inclined to think about based on jokes from childhood peers. We were drawing the prompt from a blog entry by Ta-Nehisi Coates. In a post about Nina Simone and casting in a movie about her, he wrote:


When I was kid, I knew what the worst parts of me were—my hair and my mouth. My hair was nappy. My lips were big. Nearly every kid around me knew something similar of themselves because nearly every one of us had some sort of physical defect—dark skin, nappy hair, broad nose, full lips—that opened us up to ridicule from one another. That each of these “defects” were representative of all the Africa that ran through us was never lost on anyone.“Africa” was an insult—African bush-boogie, African bootie-scratcher etc. Ethiopian famine jokes were all the rage back then.

Did we want to be white? I don’t think so. We didn’t want to look like Rob Lowe or Madonna. We hated and mocked Michael Jackson’s aesthetic changes as viciously as we mocked each other. What we wanted was to be on the right end of the paper bag tests. We wanted hazel eyes. We wanted wavy hair. I had neither hazel eyes nor wavy hair. But I also didn’t suffer in the same way that I saw other kids around me suffer. I was not dark-skinned. And, more importantly, I was not a girl.