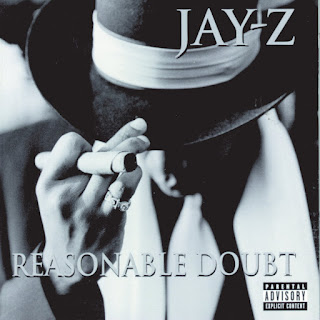 Last week, we blogged about observations we made about Jay Z’s Reasonable Doubt using text-mining software. What follows are a few notes we’ve taken about our exploration of Jay Z’s using Voyant Tools.


Listening to Jay Z’s music, I usually paid attention to how he uses various rhymes to tell stories. Using Voyant Tools, however, makes me pay attention to the actual word usage. I’m able to pay attention to what types of words he uses and how often he uses those words across his entire rap career. This allows me to have precise information to describe Jay Z’s lyrical maturation since the 1996 release of Reasonable Doubt. – K. Rambsy

Having more precise knowledge about Jay Z’s word usage has made it possible for me to become a different kind of listener. I’m more attentive to his use of similes and repeated words and phrase across multiple songs in ways that I wasn’t in the past.  –H. Rambsy


The word “like” ranks among the top 3 used words (After applying a word stop list) on Jay Z’s four classic albums—Reasonable Doubt (1996), Vol. 2 (1998), The Blueprint (2001), The Black Album (2003). Before our various experiments, I never really considered how much Jay Z used similes in his work. Now, I have started to think more precisely about the significance of metaphorical language in relation to rap music, specifically Jay Z. –K. Rambsy

I’m surprised we hadn’t done more with text-mining sooner. I’ve also surprised that our research on Jay Z has led helped guide us on our considerations of Frederick Douglass’s word usage. –H. Rambsy


Jay Z’s use of similes has made me grow far more curious about how he uses metaphors in his rhymes. I am interested to think about how we can use text-mining software to describe how Jay Z uses figurative language. –K. Rambsy

In addition to working through more of Jay Z’s music, I’m hoping we can do comparative work with Nas and Big as well as various writers we’ve been thinking about over the years. –H. Rambsy

Related:
• The African American Literary Studies Lab
Posted by H. Rambsy at 7:01 AM