In the spirit of discoveries & connections 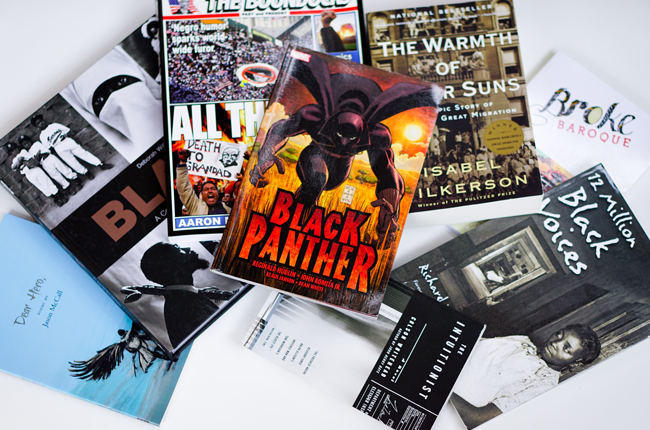 I’ve really enjoyed having you young brothers, emergent scholars in our African American literature course this semester. You’ve blended in and stood out in all kinds of important ways. I’m thankful to your principal, assistant principal, and teachers for sharing you with us this semester. I’m also appreciative to the Office of the Chancellor here at SIUE for making the funding arrangements for you to take the course.

Several years ago when I was your age, one of my undergraduate literature professors, Jerry W. Ward, Jr., passed along an assortment of books to me. He told me to see if I could make any useful discoveries or draw connections among the works. So I’m emulating his practice.

As part of a project I’m working with that’s funded by the Illinois Humanities Council, I was able to get you an assortment of books:


The Intuitionist by Colson Whitehead
12 Million Black Voices by Richard Wright
Broke Baroque by Tony Medina
Dear Hero, by Jason Medina
All the Rage: The Boondocks Past and Present by Aaron McGruder
Black: A Celebration of a Culture edited by Deborah Willis
The Warmth of Other Suns by Isabel Wilkerson
Black Panther by Reginald Hudlin and John Romita, Jr. 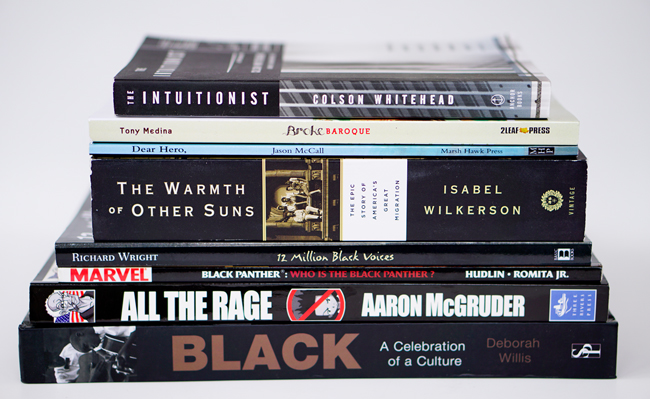 See if you can make useful discoveries or draw connections. Drop me a line at some point in January or so, and let me know some of your results.