Given the focus on representations of "black female figures" in Western art in Robin Coste Lewis's Voyage of the Sable Venus, I was especially intrigued by the cover of her book. Her volume includes a photograph of a black woman looking into a window. The image, taken by writer Eudora Welty, is entitled "Window Shopping," sometimes labeled "Window Shopping, Grenada, Mississippi, 1930s." 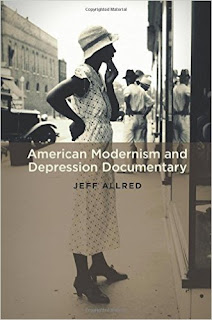 The image appears in books featuring Welty's photography as well as in scholarly works about her work such as Eudora Welty, Whiteness, and Race (2013) edited by Harriet Pollack, where Mae Miller Claxton discusses the image in an article "'The Little Store' in the Segregated South: Race and Consumer Culture in Eudora Welty's Writing and Photography."  The image appeared in a 2009 exhibit "Eudora Welty in New York: Photographs of the Early 1930s" at the Museum of the City of New York.

After reading my initial blog entry on Lewis's book, scholar Jerry W. Ward, Jr. sent me a message noting that the Welty image also appeared on the cover of Jeff Allred's American Modernism and Depression Documentary (2009). A "limited edition" 16" x 20" version of the image sells for $1,000 at the store on the Eudora Welty Foundation website. How fitting that Welty's window shopper has made these journeys, especially in view of Lewis's concentration on the "voyages" of black female figures in art. 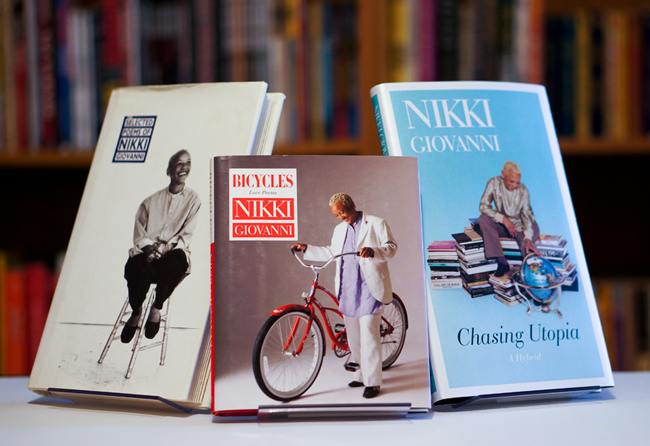 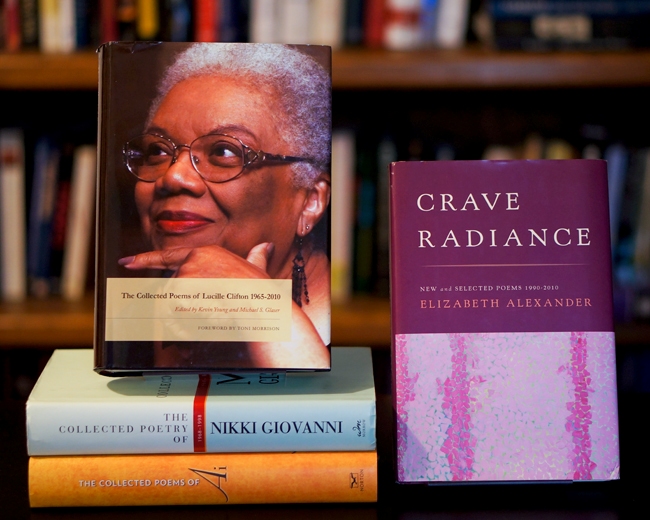 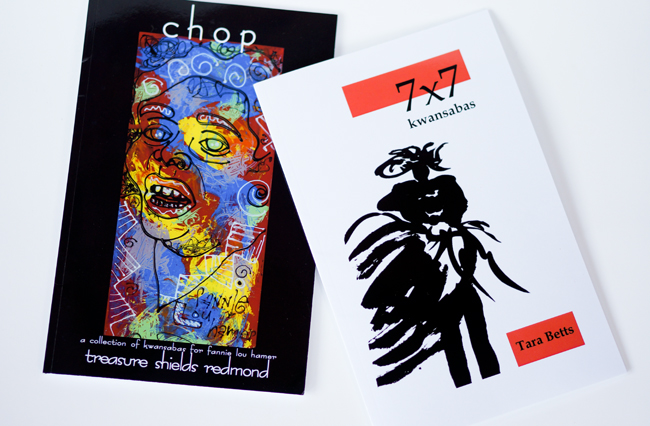 The images on the covers of Treasure Redmond's and Tara Betts's recent chapbooks invoke black female figures as well. Redmond's book presents a likeness to Fannie Lou Hamer, her book's focus. Betts's book includes a somewhat abstract black illustration that could signal the image of a woman. 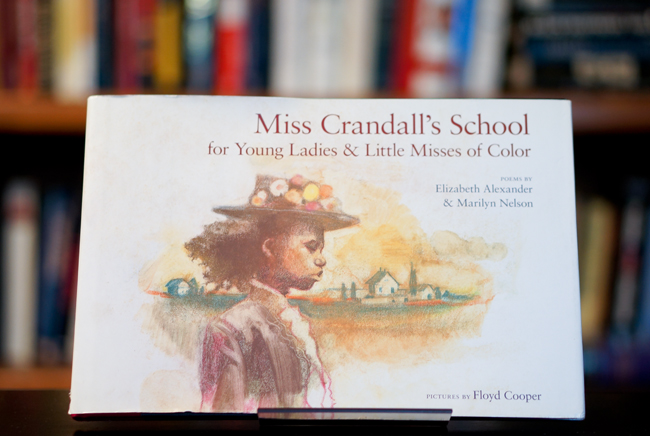 The cover of Elizabeth Alexander and Marilyn Nelson's book Miss Crandall's School for Young Ladies & Little Misses of Color (2007) includes an illustration of a black girl  on the cover, presumably one of the "little misses of color." Speaking of young people, black girls appear among the family photos on the cover of Nelson's How I Discovered Poetry (2014). A black girl appears on the cover of Lyrae Van Clief-Steffanon's Black Swan (2002).

There's a young black girl in the background of Patricia Smith's volume Shoulda Been Jimi Savannah (2012). We also see an illustration of a black female figure on the cover of Smith's Teahouse of the Almighty (2006). Natasha Trethewey's Bellocq's Ophelia (2002) includes one of the prostitutes that E.J. Bellocq photographed on the cover. 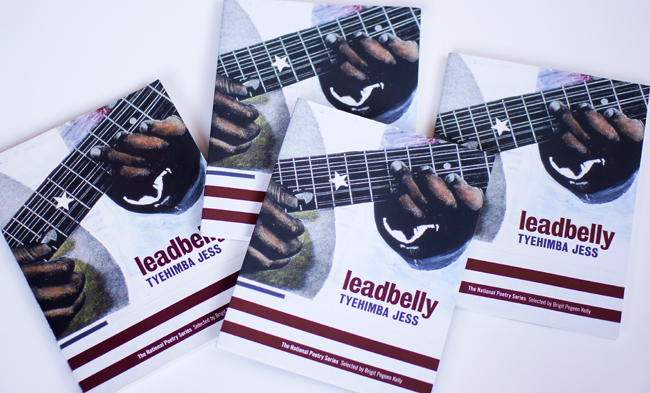 In addition to the images of black female figures, I've noticed artwork by black women artists on the covers of volumes in my collection. I own a few different volumes with covers done by the artist Krista Franklin. She produced the cover for Tyehimba Jess's Leadbelly (2005), John Murillo's Up Jump the Boogie (2010), and Monica Hand's me and Nina (2012), which includes images of Nina Simone. 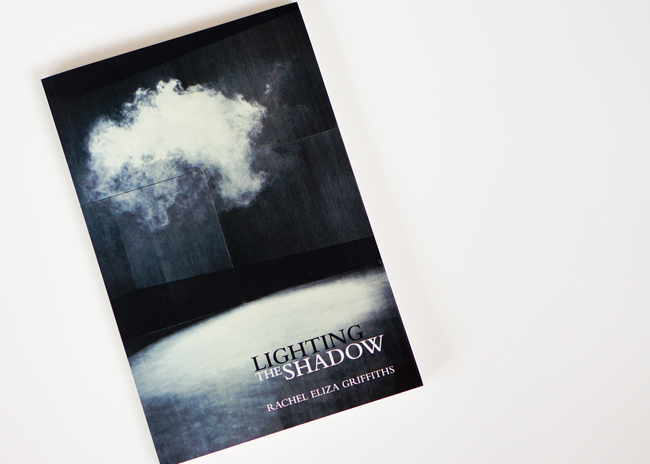 The cover of Rachel Eliza Griffiths's volume Lighting the Shadow (2015) includes cover art Lorna Simpson. Of course, you'll find photo credits for Griffiths on several volumes of poetry. She is well known for producing the "author photographs" for various poets. Images she's taken of poets appear on the back covers of several different volumes. 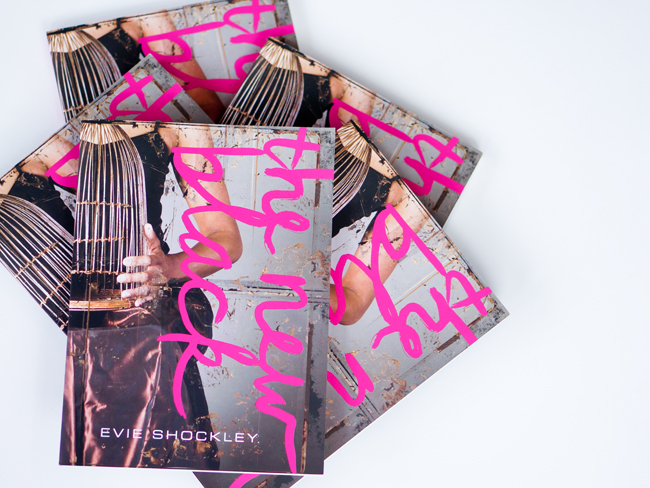 Deborah Dancy's arresting piece Caged appears on the cover of Evie Shockley's the new black (2011).
One of Dancy's images also appears on the cover of  Marilyn Nelson's Faster Than Light: New and Selected Poems, 1996-2011 (2012). Nelson recently informed me that the cover images for her book and Shockley's "are self portraits, though neither shows a face." Thylias Moss provides the cover art for her book Slave Moth (2004). The cover of Elizabeth Alexander's Crave Radiance features Alma Woodsey Thomas's Wind and Crepe Myrtle Concerto.

Black female figures also appear on the covers of volumes by African American men. The hardcover and paperback versions of Kevin Young's Black Maria depict what is presumably the lead woman character Delilah Redbone. Thomas Sayers Ellis's Skin Inc. (2010) includes a photograph of a woman taken by Ellis on the cover. A. Van Jordan's M-A-C-N-O-L-I-A (2004) has the image of a black girl's face.

The appearances of black female figures on the covers of volumes of poetry constitute a fascinating visual history in African American poetry. Of course, that history represents merely a micro-history of such representations in the larger context of Western art, as Lewis's poem "Voyage of the Sable Venus" reveals.