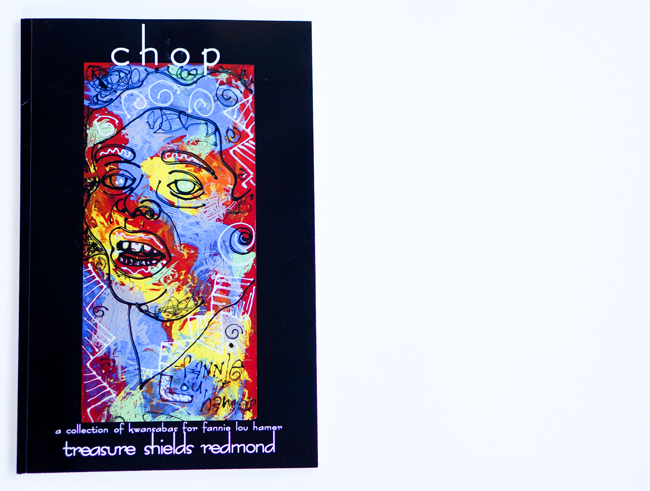 A few things came to mind while reading the 30 short poems (kwansabas) in Treasure Redmond's volume chop: a collection of kwansabas for fanne lou hamer.

In addition, the poems were allowing me to envision Hamer as a crucial witness. The poems, many of which are represented from her first-person perspective, provide her testimonies on struggle and hardship. In the poem “around the time of medgar,” she describes getting beat “in a hot winona jail” by a black man who had been paid with conr whiskey to “beat me till he give out.” The man “beat my hips for bein’ wide, my back for not being bent.” In “poll tax,” Redmond’s Hamer references when a doctor sterilized her.

Reading the poems had me thinking about the research Redmond pursued on Hamer on the one hand and then the poetic imagination and discipline to produce 30 kwansabas about the historical figure on the other hand.