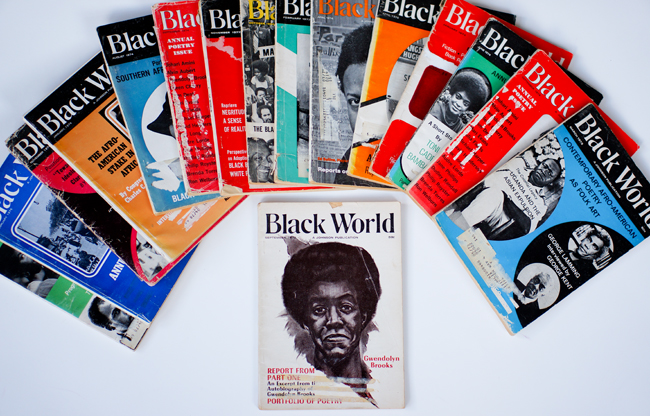 From September 1 - 30, I wrote a blog entry on Negro Digest/Black World each day. As a practical matter, I'm pursuing research as I prepare for a presentation that I will give, along with scholars Margo Crawford and James Smethurst, on the textual production of the Black Arts Movement at the Modern Language Association (MLA) Conference in January 2016.

More importantly, I've used the occasion of preparing for the presentation as an excuse to explore a publication that has been central to my thinking about African American literary art, cultural productions, and a variety of ideas and writers from the 1960s and 1970s.

I researched and wrote about Negro Digest/Black World as a graduate student. Later, as a junior professor, I produced a chapter about the periodical for my book on textual production of the Black Arts era. And so now, I'm back again. 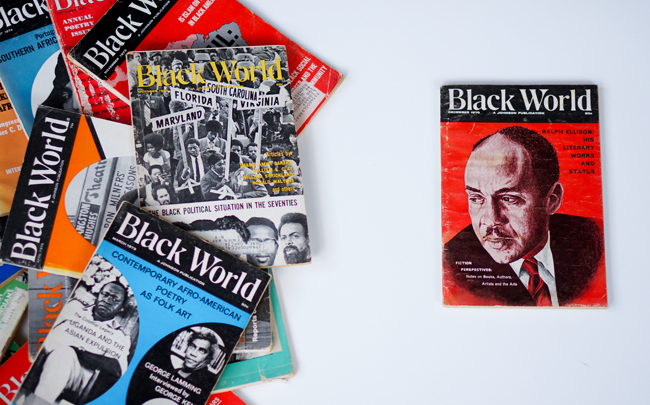 Some things have changed this time around in my work on Black World. For one, Google now has almost the entire run of Negro Digest/Black World online. That resource, along with  Clovis E. Semmes's invaluable Roots of Afrocentric Thought: A Reference Guide to Negro Digest/Black World, 1961-1976 (1998), makes it possible for me to navigate and gain access to an enormous body of data.

There's also the matter of Facebook. Yeah, Facebook. A range of scholar "friends," including William J. Harris, Tony Bolden, Adam Banks, James Smethurst, Kathy Lou Schultz, Micky New, Laura Vrana, and Lauri Ramey have corresponded with me about the publication over the last month on that social media site. Their responses and interests have shaped what I've written and considered on several occasions.

A comment online from Jerry W. Ward, Jr., on one of my early entries led me to produce a more extensive piece on the poet and reviewer Kalamu ya Salaam. Some of the work I've witnessed online from the Public Archive prompted me to think more about black diaspora in Black World. Those are just some of the examples of how online culture has affected my approach to writing and thinking about the publication.

Moving forward, I'll write about Negro Digest/Black World about twice per week, leading up to the MLA conference. What follows is a list of the entries so far. 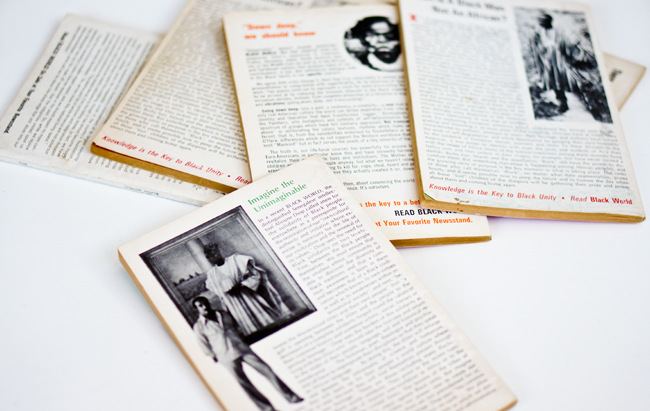 Related:
• Blogging about Black World magazine
Posted by H. Rambsy at 7:08 AM