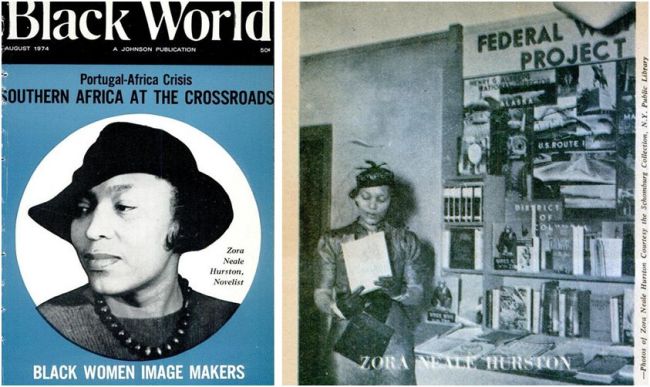 However, it's worth noting that Black World magazine showcased Hurston on the cover for its August 1974 issue, which includes an article on Hurston and Richard Wright by June Jordan as well as an essay on Hurston's works by Ellease Southerland. Leading black arts writer Larry Neal had produced introductions for 1971 reprints of Hurston's Dust Tracks on a Road and Jonah's Gourd. Given the large, national readership of Black World, though, it's likely the publication's coverage of Hurston was particularly far-reaching.