The concentration of black women critical writings during the 1960s/70s 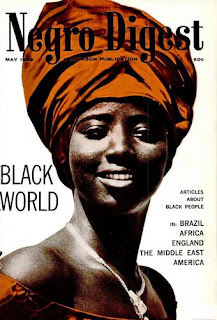 The publication of their writings in Negro Digest/Black World between the late 1960s and early to mid 1970s makes the production especially notable in retrospect. The works were concentrated in this one venue, raising the value of the periodical and the magazine in turn adding value to the writers' publishing record.