Reflections on an Illegible book proposal 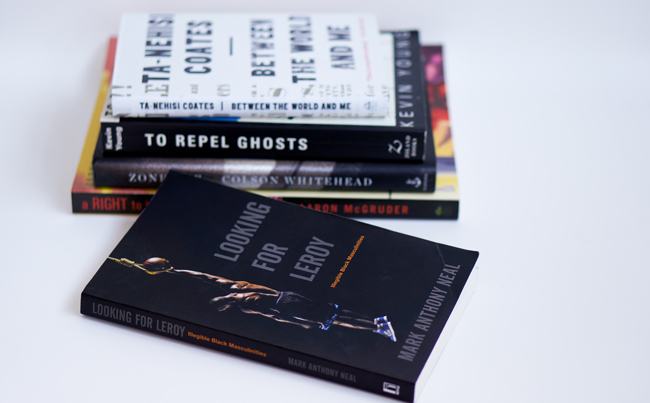 Some years ago, I spoke with an acquisition editor at a university press about a book proposal I was developing. I wanted to cover four emergent black writers in different genres. Colson Whitehead, a novelist. Aaron McGruder, a cartoonist. Kevin Young, a poet. Ta-Nehisi Coates a blogger.

At first, the editor really liked the idea. She thought it was a good and timely topic. But she had two main concerns. For one, she wasn't sure readers would be interested in my chapter on a poet. Second, "who is Ta-Na...? What did you say her name was? I don't think people will know of her work. Try to find someone more well known." This was 4 or 5 years ago, you know, before Coates was so popular.

"Ohhh, he's a male? Well, let me offer you some professional advice. You won't get a book published that focuses on just black men. Look around. It's mostly black women here," she said. The "here" was the Modern Language Association (MLA) Conference where we were at the time. Actually, by my standard, there weren't many of any kind of black people at (MLA), but I understood her point.

"So find a woman. Someone popular. Lauryn Hill maybe; include someone like her, and you might have a chance at getting your proposal accepted by a publisher," she said.

Hmmm. Ok. I do write quite a bit about black women poets, and have some ideas for projects along those lines at some point. But for the project I had in mind at the time, there were reasons to concentrate on black men writers. I thanked the editor for her advice and told her I would keep thinking on how to develop the project.

Looking back on that exchange, a couple of things, actually, many things, come to mind. But right now, I'm recalling that Coates was far less well known at the time. Back then, when I'd pitch my idea, people would advise me to select a more widely known writer. Today when I mention my research on Coates, people ask me why I'm writing about someone who's already prominent.

But the other thing I'm thinking about and what I'll try to devote a few entries to is the idea of black men writers and legibility. The notion of legibility and black men really began coming into focus for me a couple of years ago when I read Mark Anthony Neal's Looking for Leroy: Illegible Black Masculinities (2013). I had been having thoughts about black men and reception and how we read and misread them, but Neal's book was really useful for helping me clarify some of my thinking.

Oh, and Neal's book also let me know that at least some publishers might still be interested in a book about black men.

interesting post, especially since some of the criticsim about coates book is that is devoid of black women, or not enough black women, or the black women aren’t rendered to satisfaction, or why is a black man is getting such high praise because you know, that must mean a black woman is not getting high praise. i actually felt that criticism was weak. if he had a daughter and wrote the book to his son i could kinda understand it but geez, he cant even write to his only child who just happens to be male? sillyness.