From Baldwin to Morrison & Coates: a brief history of endorsements 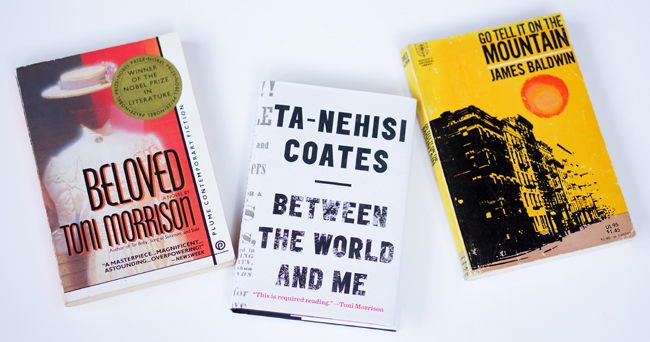 In the extensive coverage of Ta-Nehisi Coates's Between the World and Me, Toni Morrison's blurb for the book and author has drawn considerable attention. Morrison's powerful appraisal of Coates reminded me of that career-defining endorsement she received from a group of black writers during the late 1980s.

The letter, which appeared in the January 24, 1988, issue of the Times, bemoaned the fact that the recently departed:


Baldwin never received the honor of these keystones to the canon of American literature: the National Book Award and the Pulitzer Prize: never. And so we have buried this native son, Jimmy Baldwin, with a grief that goes beyond our sorrow at his death. We also grieve for every black artist who survives him in this freedom land. We grieve because we cannot yet assure that such shame, such national neglect will not occur again, and then again.

The letter then pivoted to the urgency of supporting another novelist, whom the letter writers felt was being overlooked:

Morrison had lost the National Book Award for Beloved earlier in the year, but, in retrospect, many commentators believe that the letter produced by those 48 writers assisted in influencing the Pulitzer committee to award Morrison for her novel in 1988. She went on to receive the Nobel Prize for Literature in 1993. Just as important, teachers and scholars apparently took notice of the sentiments expressed in that 1988 letter to the Times by those 48 black writers.

By the early 1990s, the scholarly discourse on Morrison's work had began to dramatically pick up steam. In a relatively small amount of time, Morrison became our most critically acclaimed black writer. The widespread scholarly interest and major award-winning status of her work were routed to that January 1988 letter in the Times.

"I've been wondering who might fill the intellectual void that plagued me after James Baldwin died," writes Morrison for the back-cover book blurb for Between the World and Me. "Clearly it is Ta-Nehisi Coates." By reflecting on the death of Baldwin in her blurb, Morrison had returned to the figure whose passing had previously inspired 48 black writers to endorse and thus greatly advance appraisals of her work.

All of Toni Morrison has to be read and studied. This is also true of E.L.Doctorow. I am going to miss him so. We have to read James Baldwin, Herman Melville, Nathaniel Hawthorne, Charles Dickens, Robert Frost, Paul Laurence Dunbar, Thomas Hardy, Zora Neale
Thurston, and Gloria Naylor.

I could be wrong, but that's Ok.

June Jordan endorsed Walt Whitman, because reading LEAVES OF GRASS is essential for grasping what is most American about American poetry.