A Baraka book Sighting at the Strand 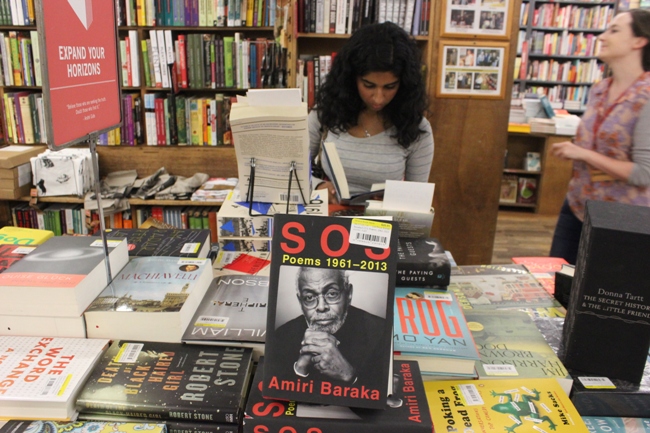 Last month while in New York, I took a group of students to the Strand Bookstore. While walking around and photographing the students perusing books, I was pleased to come across a display featuring the late Amiri Baraka's book S O S: Poems 1961-2013. I've looked for Baraka's work for years in various bookstores, and I can't recall ever seeing a display of any of his books.

Now that I think about it, I've rarely seen book displays of any of the many African American poets that I follow. So I was pleased to make this Baraka sighting at the Strand, and it was good I had my camera handy to snap a photograph.

During my time in New York, I met with my former grad school professor and longtime poetry and cultural guide William J. Harris, who is also a Baraka scholar. It was Professor Harris, in fact, who really led me into and through the many worlds of Baraka. At dinner, Professor Harris gifted me Amiri Baraka and Edward Dorn: The Collected Letters (2013). 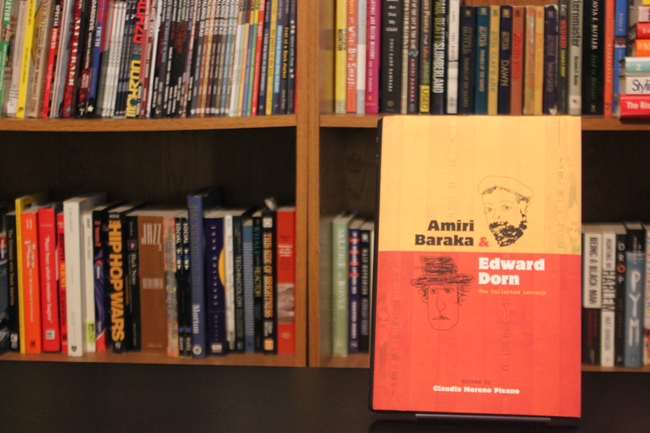 I should've informed Professor Harris that he had given me another free book 16 years ago, the very first time that we met. In the spring of 1999, I was still an undergraduate at Tougaloo College, and I was taking a tour of Pennsylvania State University. When I met Professor Harris in his office, I was telling him that I had previously just heard a recording of Baraka reading his poem "Dope." I was really excited about hearing that live performance, and told Professor Harris that I was going to try to track down a copy at some point.

Look no further, Professor Harris said. We were in his office, and he reached on the shelf and gave me a copy of Call & Response: The Riverside Anthology of the African American Literary Tradition (1997), which came with a CD of audio recordings, including Baraka's "Dope." Was this what grad school would be like--professors reaching on their shelves and giving you free books and CDs? Needless to say, I was sold on attending Penn State.

One of the benefits of pursuing studies at Penn State was that I got to have extended conversations with Professor Harris about Baraka, Black Arts, free jazz, you name it. Good times. 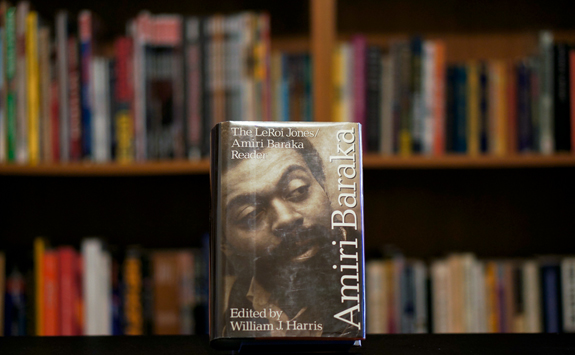 Speaking of which, I had another Baraka sighting at the Strand a year ago while moving around the bookstore with another group of students. I picked up a first edition of The LeRoi Jones/Amiri Baraka Reader (1991) edited by Harris. At dinner last month, I told Professor Harris about finding and purchasing the Reader. Professor Harris said that he wished he had known I wanted one of those first editions, because he likely had an extra one that he would've given me.