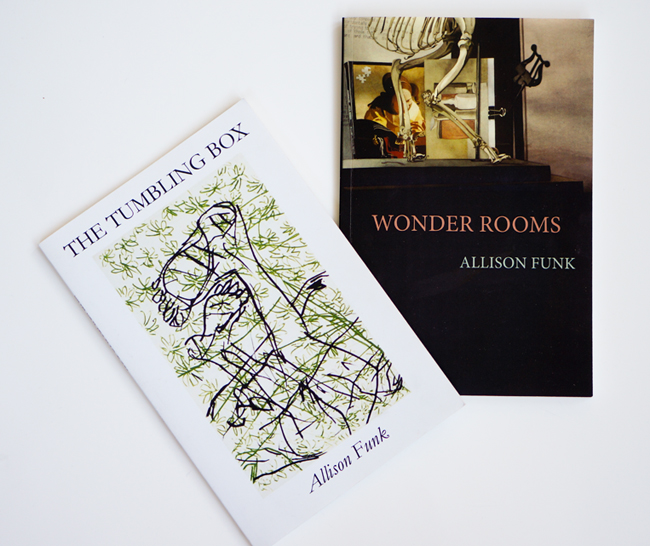 My colleague Allison Funk keeps producing these inspiring volumes of poetry. Her book Wonder Rooms (2015) is the latest example, but it's not the first.

Funk's previous volume The Tumbling Box (2009) includes a series of poems on "escape artists" that became particularly generative for how I thought of fugitive slaves like Henry Box Brown and Frederick Douglass as escape artists. I later utilized the theme of escape as a basis for arts activities for students at SIUE and at a high school in East St. Louis.

Now, Wonder Rooms offers new possibilities. Throughout the book, in nearly every poem, Funk references the idea of different kinds of rooms. From that alone, I was inclined to give thought to the implications of private and public spaces, and what those spaces might mean for various people.

I was also fascinated by the book's overall title and driving theme. "Wonder rooms," also known as "Cabinets of curiosities" were large collections of seemingly mysterious or unusual objects. According to some descriptions, these cabinets of curiosities emerged in the sixteenth century. We might view them as small, personal museums of natural history.

Funk heard of "wonder rooms" from a news article that she read some years ago and researched the histories of the concept. Later, the idea became central to her writing, to what is now her volume Wonder Rooms.

I've been reading Funk's poems and thinking about the overall concept of wonder rooms. I'll eventually offer some responses here. And later, I'll also give some thought to complementing my reading of her volume with arts projects that I'll design for students during the coming school year.

Related:
A Notebook on Escape Artists
Posted by H. Rambsy at 4:02 PM