A Du Bois scholar as President of Tuskegee University 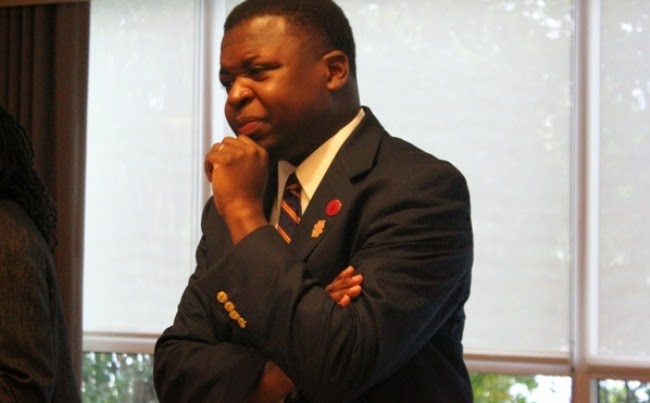 People speak of Brian Johnson as the 7th president of Tuskegee University. They refer to him as a notably "young" president. They speak of his commitment to "student customer service." And of course, those of us paying close attention to the historical, intellectual record are inclined to note that President Johnson is a W. E. B. Du Bois scholar leading Booker T. Washington's university.

Nonetheless, the notion that a scholar who had based his research and writing on Du Bois has now become the president of Tuskegee University is an intriguing storyline. Especially if you roll in circles where people are drawn to historical figures as compelling as Du Bois and Washington.

In a recent interview with Diverse Issues in Higher Education, President Johnson stated that "Both Du Bois and Washington were working in concert, no matter what the perceived differences were...[they were] grinding it out and addressing the needs of the people.”

Next Wednesday, we'll host President Johnson on our campus. He'll participate in a conversation with a group of our young men about the challenges and opportunities associated with leadership. At some point during his visit, I'll likely bring up this subject that Johnson has likely heard many times already: What's it like for a Du Bois Scholar to be President of Tuskegee?

Related:
• Brian Johnson, Tuskegee University, and the Arts & Humanities
Posted by H. Rambsy at 8:12 AM