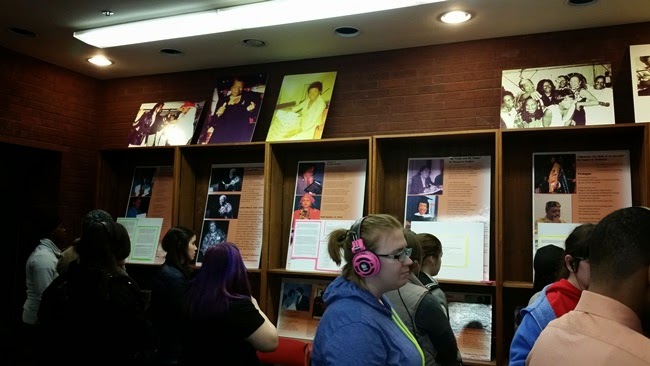 This semester, students in one of our African American literature courses are getting deep into the study of Toni Morrison’s fiction and nonfiction works. One of the ways that students engage with Morrison’s work is through a humanities programming event that Professor Tisha Brooks initiated as part of this Toni Morrison course last Spring. Students select a passage from Morrison’s nonfiction writings, interviews, and public talks and create audio-recordings of their personal responses to the passage they’ve selected.

On March 5, Thursday afternoon, this semester’s Morrison class continued the tradition. As students listened to each other’s recorded reflections on the significance of Morrison’s work in their intellectual and personal lives, students had the chance to consider the similarities and differences between how Morrison impacts each of us individually. One aspect of this project that stands out is how often students’ writings reflect on the way Morrison’s nonfiction works push them to consider themselves as complex raced and gendered thinkers and writers in the world.

I was also struck by how this project enabled students to admire one another’s modes of expression from poetry to lyric prose to striking words of protest. The frequency with which students nodded to each other and to themselves, and offered up various gestures of mutual appreciation was a highlight of the afternoon. Witnessing students’ interactions with each other as embodied public intellectuals thinking seriously about African American literature is already a highlight of the Spring 2015 semester.