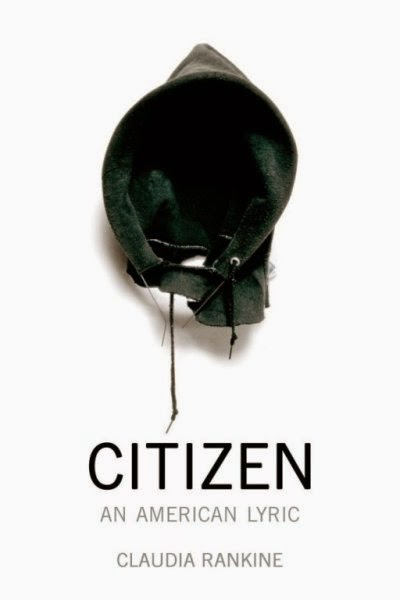 Perhaps no volume of poetry by a black writer has been more written about over the past several months than Claudia Rankine's Citizen: An American Lyric (2014). The book has been nominated for several awards, and last night, the work was the recipient of the National Book Critics Circle Award for poetry. Rankine and her book drew attention as the "first" work nominated in both the poetry and criticism categories for the National Book Critics Award.

Speaking of "firsts," Rankine's book remains a breakthrough of sorts. Citizen is the first volume by an African American writer to win in the poetry category. The National Book Critics Circle Award began in 1976.

And of course, Citizen is not a conventional volume of poetry. The work reads more like an extended prose poem. Rankine's words appear in paragraphs rather than the short-lined stanzas that are more common in conventional poetry.