When the Poet and Rapper are One 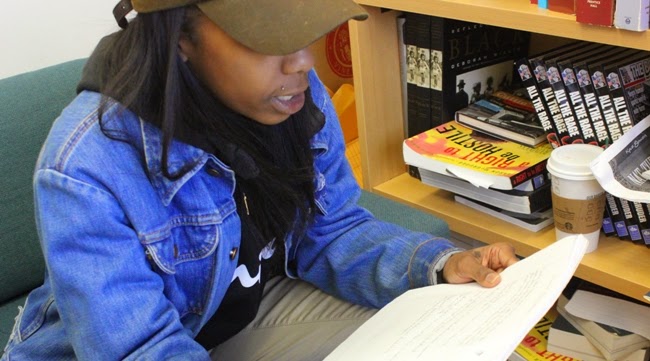 Last week, one of my students came by my office to share some of her poetry. We’re organizing a solo show featuring her work next month on campus, and she was giving me an opportunity to hear some of the pieces she planned to showcase.

She read. I listened.

When she was done, I was like, “yooo, who are you? You sound so…so, I don’t know, so different. Timid even.”

Yeah, this is how she sounds “as a poet,” she explained. I had previously only heard her as a rapper, so her identity as a poet initially caught me off guard. She signs her poetry with one name and her raps with another name--a rap persona. As a rapper, she projects a bold, brash demeanor; when she’s a poet, her voice is softer; her pace slower; she reads more cautious.

After more conversation, we decided that her exhibit will include a selection of her poems and her raps. Ideally, the exhibit will, among other things, give audiences a sense of her diverse artistic identities. They'll see what happens when the poet and rapper are one.

Related
• Collegiate Students
Posted by H. Rambsy at 10:03 AM