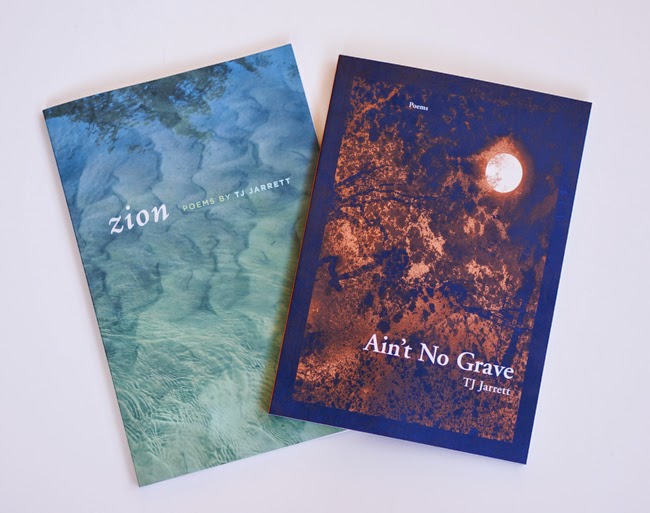 I first became aware of TJ Jarrett in Poetry magazine, where one of her poems appeared. I was intrigued by what I read there so I decided to look around for more of her work. Eventually, I purchased both of her books, Ain't No Grave (2013) and Zion (2014).

Since I got them together, I've been reading them both going back and forth between the two. I was drawn to Ain't No Grave early on because of the recurring treatment of death throughout the volume. Nah, I'm not morbid, just was fascinated with what Jarrett might do with the subject. Interestingly her poem "At the Repast," which I first encountered in Poetry, is published in Zion. Perhaps, it was her poem "How to Speak to the Dead," initially published in Rattle, that I found later and was reminded to get both Jarrett's books.

Either way, I'm glad I've added this poet to the mix.

What caught my interest from Zion so far has been a series of poems related to Theodore Bilbo throughout the sections of the volume. Jarrett has a few other poems concentrating on moments in Meridian, Mississippi, in 1978, 1958, 1951, 1963, and 1964. Jarrett is a southern poet and interested in history, which maybe goes without saying.

It's been a busy semester of public programming and grading, so I haven't had enough time to gather all my thoughts and scribblings concerning Jarrett's volumes into a coherent essay. Hopefully, I'll catch up soon. In the meantime, I'll keep reading and jotting down notes.
Posted by H. Rambsy at 8:28 AM