Earlier in the semester, SIUE literary professor Jeffrey Skoblow stopped by one of our events and responded to a prompt concerning the Majestic Theatre in East St. Louis.  Here's what he wrote:

Later, Skoblow agreed to select some of his favorites of the many haiku we received. Later still, I included his poem in an experiment that I tested with illustrating haiku. I presented his haiku in the mode of comic strip panels and invited students at the SIUE/East St. Louis Charter School as well as students at SIUE to produce corresponding images.

Most people responded "I can't draw." Ok. Cool. And are you sure?

Nonetheless, we did have some folks, many actually respond to the challenge. Over the last month, I've noticed that respondent-artists were particularly fascinated by the line "for human spirit made flesh—." 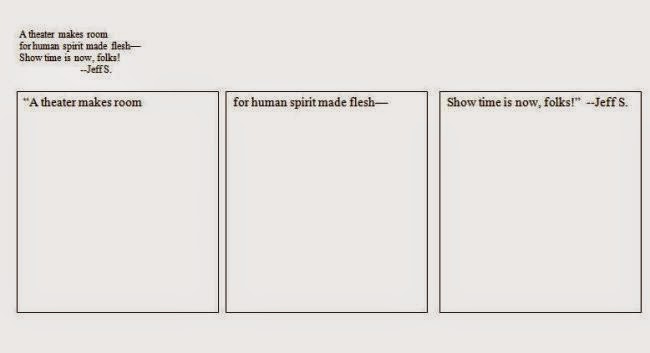 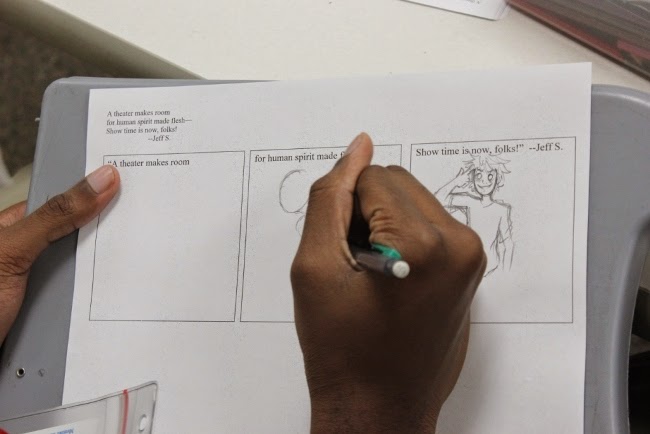