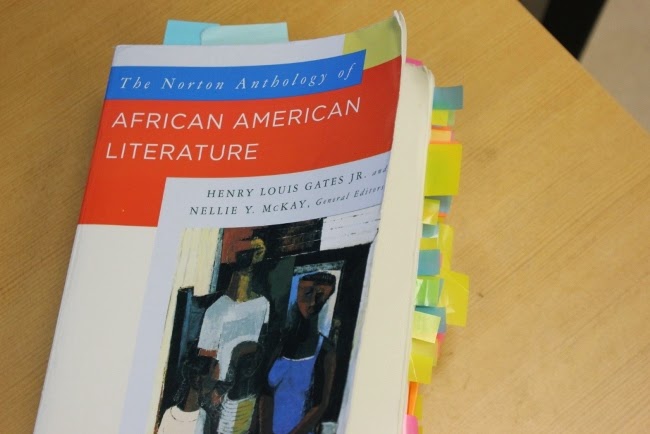 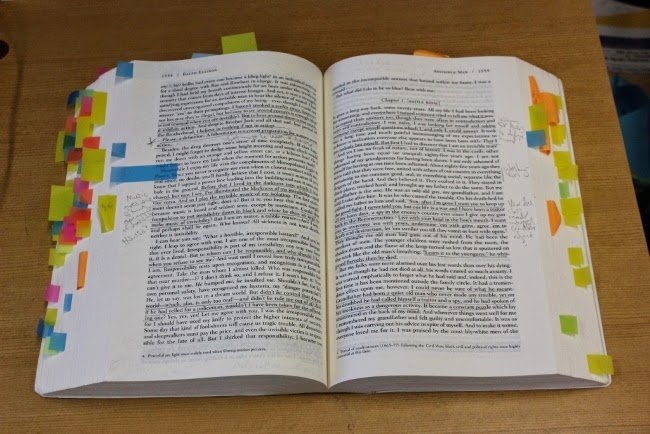 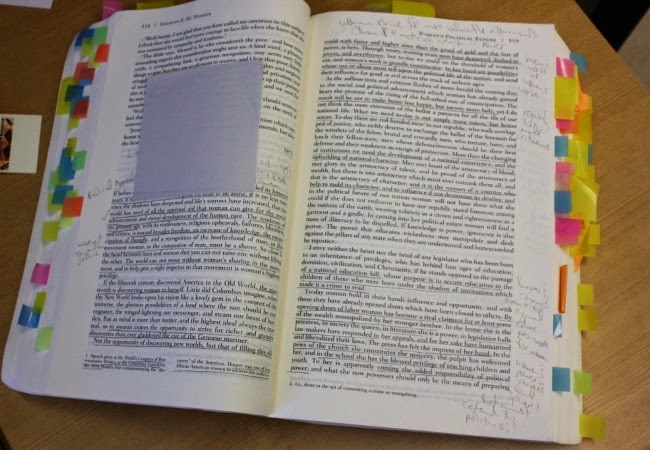 When my colleague Tisha Brooks reads a book, she really reads a book. For her, reading involves thinking, analyzing, underlining key passages, writing in the margins, placing colored tabs, including notes on Post-its, and then repeating those processes again and again and again. I borrowed her Norton Anthology of African American Literature when I saw her in the hallway this week and took a few shots.